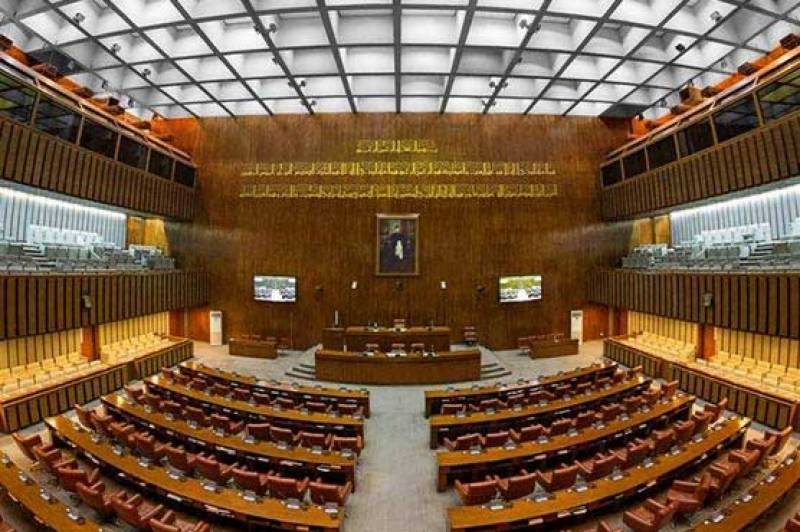 Islamabad (Web Desk): The Opposition in the Senate has divided into two groups on Monday as five anti government partiers demanded allotment of separate benches as the session of the Upper House started on Monday.

The group, comprising 27 members, is being led by the PML-N’s Senator Azam Nazir Tarrar.

Addressing the first Senate session, Tarar said that the opposition will play a "positive and constructive" role.

He said that he was saddened by the appointment of the Leader of the Opposition.

“Everyone knows what happened in the House on March 12 and votes were taken from the government members in opposition leader’s election,” he said.

The PML-N leader demanded investigations to expose the responsible persons. He also alleged that five presents were sent to get Yousaf Raza Gillani appointed as the opposition leader.

Senators from Pakistan Peoples Party (PPP) protested over Azam Nazeer Tarar’s remarks and said it is not appropriate to say presents were given for the appointment of the opposition leader.

Meanwhile, Opposition leader in the Senate Yousaf Raza Gillani said he will work with all Opposition parties and will also speak on behalf of the government if ever need be.

Speaking during the first session of the Upper House, Gillani said he contested the Senate elections with the cooperation of Pakistan Democratic Movement (PDM) and will accompany the opposition in the Senate session.

Earlier, PDM has served show cause notices to PPP and ANP over alleged violation of the consensus decision and principles of the opposition alliance.

As per the objection raised in the notice, PPP has been asked to explain within a week, the appointment of its candidate Yousuf Raza Gilani, as Leader of Opposition in Senate, by defying the consensus decision by other parties of the Opposition alliance.

A similar notice has also been issued to the ANP directing it to clarify why it had supported PPP in this move.