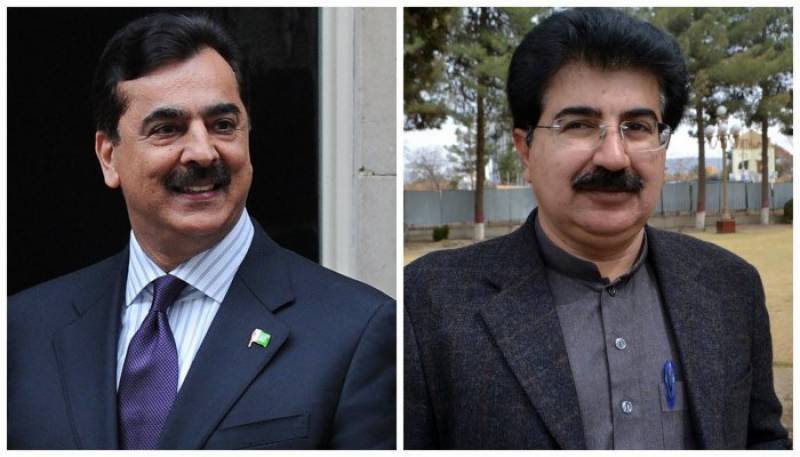 98 senators exercised their right to vote today, out of which seven votes were rejected.

The election process was conducted through secret ballot.

On the same day, result of the election for the slot of Chairman Senate will be announced and the successful candidate will take oath of his office and preside over the remaining session.

The strength of the House has been reduced to 100 after the Senate elections on March 3.

However, it now consists of 99 senators, as Ishaq Dar is in self-exile and has not taken oath as a senator.

The senators of the ruling coalition include 27 members of the PTI, 12 of Balochistan Awami Party (BAP), three of Muttahida Qaumi Movement-Pakistan (MQM-P), three independents and one each of Pakistan Muslim League-Quaid-i-Azam (PML-Q) and Grand Democratic Alliance (GDA).

The opposition senators include 21 of Pakistan Peoples Party (PPP), 17 of (PML-N), excluding Ishaq Dar who has not taken oath of the office, five of Jamiat Ulema-e-Islam (JUI-F), two each of Awami National Party (ANP), Balochistan National Party-Mengal (BNP-M), Pashtunkhwa Mili Awami Party (PKMAP) and National Party (NP) and one of Jamaat-i-Islami (JI).

The opposition collectively has 52 members in the House excluding Mr Dar, against 47 senators belonging to the ruling coalition.

Earlier the day, all the 48 newly-elected Senators took oath at the specially convened Senate session at the parliament house in Islamabad.

Senator Sayed Muzafar Hussain Shah administered the oath to the members-elect shortly after the session started.