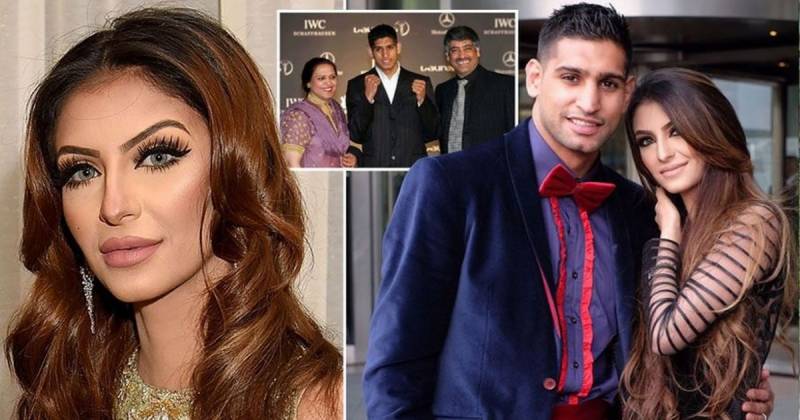 Lahore (Web Desk): As Amir Khan and his wife Faryal Makhdoom are among controversies, they have been making their private affairs pretty public in the recent weeks.

Makhdoom started accusing her husband and the British boxer Amir Khan’s family of “bulling” her in a series of Snapchat posts. Now it appears that the duo have decided to split following tweets from his account which said, ““So me and the wife Faryal have agreed to split. I’m currently in Dubai. Wish her all the best.”

However, that was not the end of it. The two shared more intimate information into their lives with Amir accusing Makhdoom of cheating on him with fellow-boxer Anthony Joshua.

Earlier, it was suspected that Amir’s account may have been hacked but Makhdoom hit right back with stinging responses of her own to make it uglier than what it already was. She branded her husband of four years a cheat and a liar in her strong response. The two have a three-year-old daughter Lamaisah.

Faryal moved on quick. Always mentioned to me how much she wanted to be with another guy, from all people another boxer ???? @anthonyfjoshua pic.twitter.com/1GBAQnvzMC

Lol moved up in the weight classes lol. Trust me I ain't the jealous type. No need to send me pictures of the men your talking to #disgusted

Amir shared on twitter, a screenshot of an alleged conversation between Makhdoom and Joshua which took place on Snapchat. He also accused her of being a “gold digger” and made it clear that the two were now splitting.

@amirkingkhan I'm not sure if it's your family tweeting for you. But I'm not the one who been in the papers for cheating ????

@amirkingkhan p.s I'm not the one who's been in the papers for cheating ????

So me and the wife Faryal have agreed to split. I'm currently in Dubai. Wish her all the best.

Meanwhile, Faryal remained quiet but as soon as the flurry of tweets stopped, came her rebuttal and a strong one at that and accused Amir of “making false things up” while re-igniting the family feud with a claim they had “robbed” him.

Further she added, “Accusing other boxers just because your boxing career is finished. Man up Amir.” On the other hand, to make things even more bizarre, the couple had been pictured just five days back at an ice bar in Dubai.