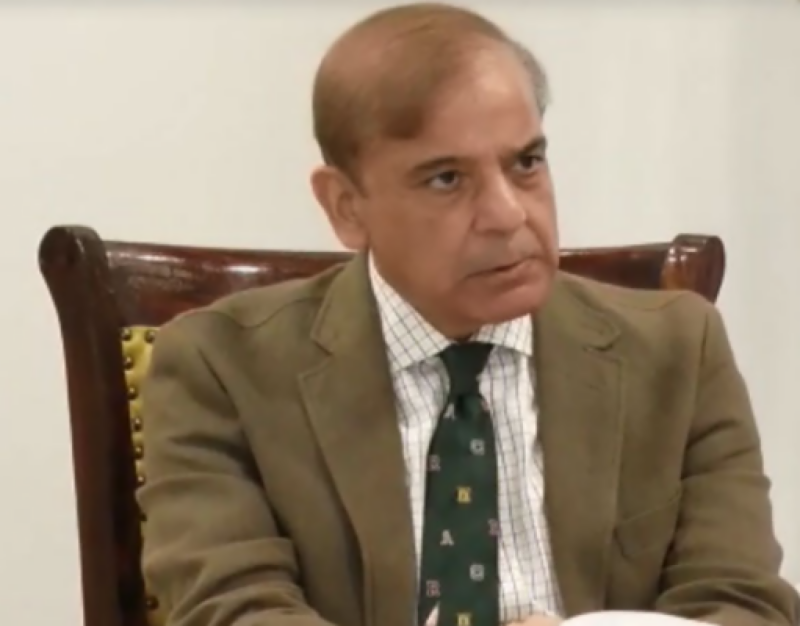 Islamabad (Web Desk): Prime Minister Shehbaz Sharif on Friday condemned India for its continuous use of "unbridled force with complete impunity" in the occupied Jammu and Kashmir as the nation marks the third anniversary of India's illegal and unilateral actions of August 5, 2019 that aimed at changing the internationally recognized disputed status of occupied Jammu and Kashmir.

In a series of tweets, the premier said India's actions are also aimed at altering the demographic structure of the occupied territory.

PM Shehbaz said that over the last decades, India has used unbridled force with complete impunity.

Over the last decades, India has used unbridled force with complete impunity. Generations after generations, brave Kashmiris have persevered in the face of fear, intimidation, torture & worst forms of human rights violations. Indian oppression has failed to dent their resolve.

He said generations after generations, brave Kashmiris have persevered in the face of fear, intimidation, torture and worst forms of human rights violations. He said Indian oppression has failed to dent their resolve.

Shehbaz Sharif said Jammu and Kashmir dispute has been a battle of hope against overwhelming odds, of courage against fear and of sacrifice against tyranny.

"Today, we pay rich tributes to all the martyrs of IIOJK for their ultimate sacrifice and to their families for their resolve and courage," PM Shehbaz said.

The Jammu & Kashmir dispute has been a battle of hope against overwhelming odds, of courage against fear & of sacrifice against tyranny. Today, we pay rich tributes to all the martyrs of IIOJK for their ultimate sacrifice & to their families for their resolve & courage.

In his message on the occasion, President Dr Arif Alvi said that the resolution of the Kashmir dispute was the only way to ensure durable peace and stability in the region.

"India's actions of August 5, 2019 contravene several United Nations Security Council (UNSC) resolutions which stipulated that the final disposition of the State of Jammu and Kashmir will be made in accordance with the will of the people through a free and impartial plebiscite conducted under the auspices of the United Nations," he stated.

The president further said that Pakistan would "continue to stand shoulder-to-shoulder with our Kashmiri brothers and sisters in their just struggle".

— The President of Pakistan (@PresOfPakistan) August 5, 2022

Foreign Minister Bilawal Bhutto-Zardari highlighted that the developments in the occupied valley over the last three years had proven that "India has been relentlessly pursuing its nefarious design of furthering demographic changes".

"It is doing so through repressive measures, including outrageous gerrymandering, to create Hindu-dominated constituencies at the expense of Muslim majorities, the issuance of millions of fake domicile certificates to non-Kashmiris, and modifying laws on ownership of land and property," he said.

Bilawal pointed out that the presence of 900,000 troops had turned India into "the most militarised zone in the world", highlighting that more than 650 Kashmiris had been martyred since August 5, 2019, including over 130 so far this year.

Calling on the international community, he demanded that the United Nations live up to its promise of granting the right of self-determination to the Kashmiri people.

"The international community must demand an end to India’s gross and widespread human rights violations in IIOJK, reversal of its unilateral and illegal actions of August 5, 2019, repeal of draconian laws, and implementation of relevant UNSC resolutions on Jammu and Kashmir," the foreign minister said.

Pakistan will always remain in strong support and solidarity with the Kashmiri brethren till the full realisation of their legitimate rights, he added.

PTI Chairman Imran Khan said that on August 5, 2019, the Modi government "violated the UNSC resolutions and international law by illegally revoking the special status of IIOJK".

Further, India then "moved to commit a war crime under Fourth Geneva Convention by altering the demography of IIOJK," he pointed out.

India thought the move would crush the spirit of Kashmiri resistance but instead it continued to grow, he said.

But the Kashmiris' spirit of resistance became stronger & it continues to strengthen. The selective morality of the international community & silence against India's brazen violations of all int laws & UN SC resolutions is condemnable.

In connection with Youm-e-Istehsal, a rally was taken out from Foreign Office on the Constitution Avenue in Islamabad today to express solidarity with oppressed Kashmiri people.

People belonging to different walks of life including parliamentarians participated in the rally.

Carrying banners, the participants chanted slogans in support of Kashmiri people and against the Indian atrocities.

Addressing the rally at D-Chowk, Defense Minister Khawaja Asif said that Pakistan's commitment with Kashmir is everlasting and it will never dilute because of internal situation.

Speaking on the occasion, Adviser to the premier on Kashmir Affairs Qamar Zaman Kaira said that the Kashmiri people have been braving the Indian atrocities over the last seven decades and sacrificed over one hundred thousand lives.

He said every Pakistani is aware of its national responsibility and stands by their Kashmiri brothers and sisters.

Kashmiris on both sides of the Line of Control (LoC) and all over the world are observing Youm-e-Istehsal today to register their protest against Narendra Modi-led fascist Indian government's illegal action taken on this day in 2019.

The Modi regime in gross violation of the United Nations (UN) resolutions and international law scrapped Articles 370 and 35A of the Indian Constitution that granted special autonomous status to Indian Illegally Occupied Jammu and Kashmir (IIOJK) and imposed military siege in the territory on August 5, 2019.

Kashmir's All Parties Hurriyat Conference (APHC) called for a complete shutdown to mark the occasion as a black day.

Illegally detained APHC Chairperson Masarrat Aalam Butt in a message from an Indian jail said that August 5, 2019, is one of the blackest days for IIOJK.

"The purpose of observing the day as Youm-e-Istehsal-e-Kashmir is to sensitize the international community about New Delhi's brutal repression being carried out by its more than one million occupation troops in the territory," the APHC chief said.