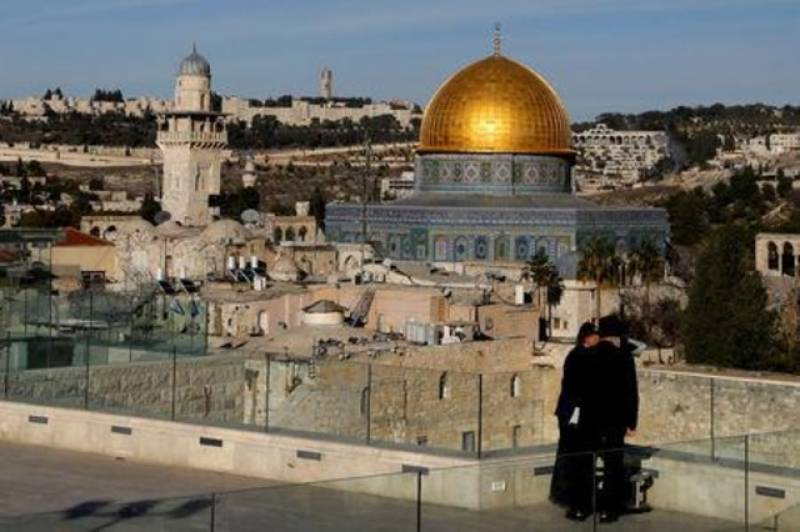 Riyadh (Reuters): Saudi Arabia has expressed hope the United States would not recognize Jerusalem as the capital of Israel and warned such a decision would have serious implications, state news agency SPA reported on Tuesday.

“The recognition will have very serious implications and will be provocative to all Muslims’ feelings,” SPA said quoting an unnamed official source at the Saudi Foreign Ministry.

“The United States administration should take into account the negative implications of such a move and the Kingdom’s hope not to take such a decision as this will affect the US ability to continue its attempt of reaching a just solution for the Palestinian cause,” the statement added.

On Monday, Saudi Arabia’s Ambassador in Washington Prince Khalid bin Salman said any US announcement on the status of Jerusalem before a final settlement is reached in the Israeli-Palestinian conflict would hurt the peace process and heighten regional tensions.

“The kingdom’s policy - has been - and remains in support of the Palestinian people, and this has been communicated to the US administration,” Prince Khalid said in a statement.

US President Donald Trump is weighing whether to recognize Jerusalem as Israel’s capital but has not yet made a decision, his son-in-law and envoy for Middle East peace Jared Kushner said on Sunday. A senior administration official said last week Trump could make such an announcement on Wednesday.

Israel considers all of Jerusalem to be its capital. Palestinians want the eastern portion of it to be the capital of a future state. US policy for decades has been to reserve judgment on both claims until the parties agree Jerusalem’s status in a settlement of the Israeli-Palestinian conflict.