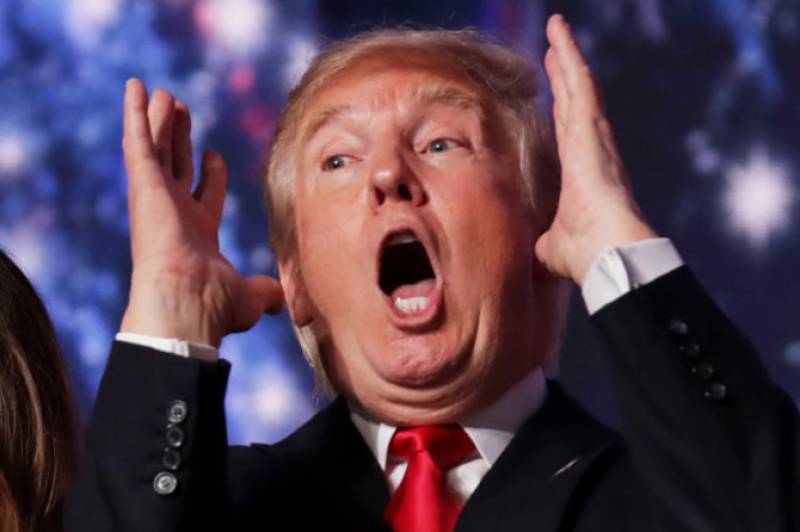 Washington (Reuters): A portrait of the Trump presidency in a forthcoming book, “Fire and Fury: Inside the Trump White House” by Michael Wolff, roiled the White House on Wednesday and caused a public split between President Donald Trump and his former chief strategist and far-right campaign architect Steve Bannon.

Here are excerpts from the book, due to be released on Tuesday.

“As the campaign came to an end, Trump himself was sanguine. His ultimate goal, after all, had never been to win. ... ‘This is bigger than I ever dreamed of,’ he told (former Fox News chief Roger) Ailes a week before the election. ‘I don’t think about losing, because it isn’t losing. We’ve totally won.'”

“Once he lost, Trump would be both insanely famous and a martyr to Crooked Hillary. His daughter Ivanka and son-in-law Jared would be international celebrities. Steve Bannon would become the de facto head of the tea-party movement. Kellyanne Conway would be a cable-news star. Melania Trump, who had been assured by her husband that he wouldn’t become president, could return to inconspicuously lunching. Losing would work out for everybody. Losing was winning.”

After Melania Trump was inconsolable that the New York Post obtained outtakes from a nude photo shoot done early in her modeling carer, Trump told her they would sue. “But he was unaccustomedly contrite, too. Just a little longer, he told her. It would all be over in November. He offered his wife a solemn guarantee: there was simply no way he would win.”

“Shortly after 8 p.m. on Election Night, when the unexpected trend - Trump might actually win - seemed confirmed, Don Jr. told a friend that his father, or DJT, as he calls him, looked as if he had seen a ghost. Melania was in tears - and not of joy.”

”(Kellyanne) Conway, the campaign’s manager, was in a remarkably buoyant mood, considering she was about to experience a resounding, if not cataclysmic, defeat. ... Now she briefed some of the television producers and anchors whom she had been carefully courting since joining the Trump campaign — and with whom she had been actively interviewing in the last few weeks, hoping to land a permanent on-air job after the election.

“Balancing risk against reward, both Jared (Kushner) and Ivanka decided to accept roles in the West Wing over the advice of almost everyone they knew. It was a joint decision by the couple, and, in some sense, a joint job. Between themselves, the two had made an earnest deal: If sometime in the future the opportunity arose, she’d be the one to run for president. The first woman president, Ivanka entertained, would not be Hillary Clinton; it would be Ivanka Trump.”

“The chance that Don Jr did not walk these jumos up to this father’s office on the twenty-sixth floor is zero.”

“The three senior guys in the campaign thought it was a good idea to meet with a foreign government inside Trump Tower in the conference room on the 25th floor - with no lawyers. They didn’t have any lawyers.”

“Even if you thought that this was not treasonous, or unpatriotic, or bad shit, and I happen to think it’s all of that, you should have called the FBI immediately.”