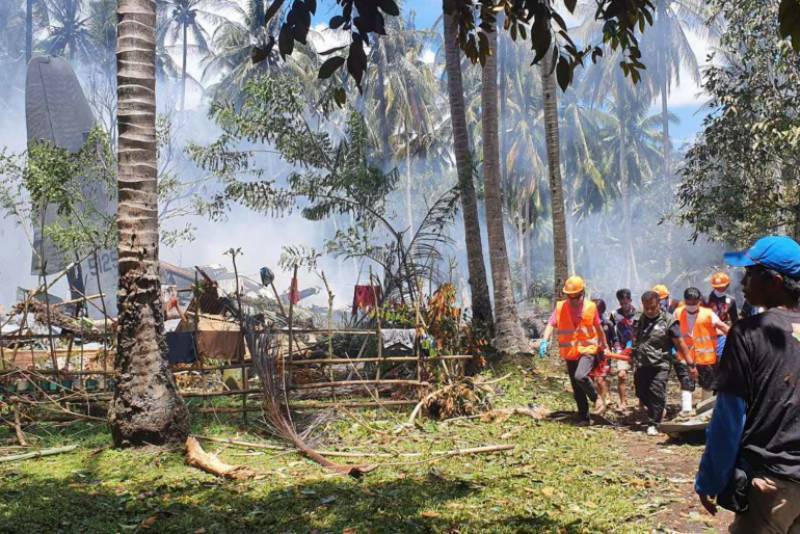 Manila (Web Desk): The death toll in the Philippines Air Force plane crash has mounted to 50 after more bodies recovered on Monday.

According to the Manila Times, the deceased include 47 soldiers and 3 civilians.

The C-130 military plane was transporting troops from Cagayan de Oro, in Mindanao, to Sulu province when it missed the runway on the island of Jolo on Sunday.

The Lockheed C-130 transport aircraft, carrying troops bound for counter-insurgency operations, overshot the runway after it touched down at Jolo airport in southern Sulu province, according to a military spokesman, Colonel Edgard Arevalo.

Defence Secretary Delfin Lorenzana said he had ordered an investigation of the incident, which would begin after rescue and recovery operations had been completed.

The military has not seen any sign of an attack on the plane.

Sulu, about 950 km (600 miles) south of the capital, Manila, is a stronghold of the militant Abu Sayyaf group, notorious for banditry and piracy, which the military has clashed with.