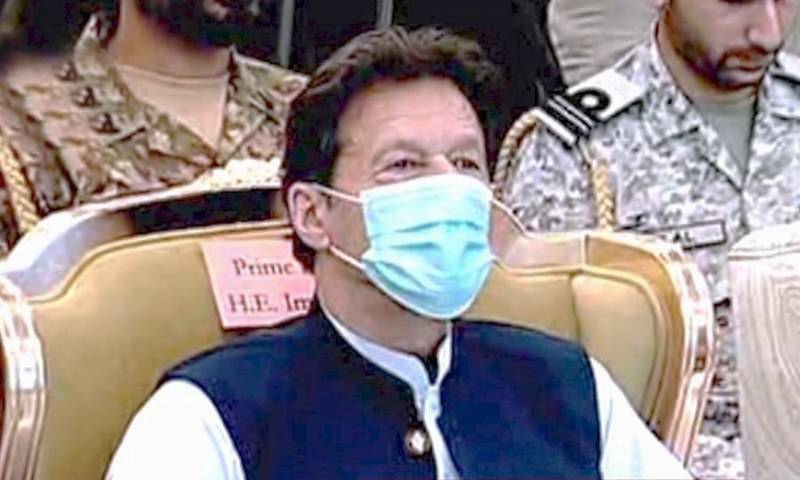 Quetta (Web Desk): Prime Minister Imran Khan on Monday said that development of Balochistan is one of the top priorities of the government which was neglected in the past.

Addressing at the launch of development projects and the signing ceremony of Memoranda of Understanding, the premier said that Gwadar would open up new avenues of opportunities for regional trade.

He said that several projects under China Pakistan Economic Corridor (CPEC) will bring development and prosperity to the province.

“Pakistan is poised to become a great regional pivot as it had been a role model for development in 60s,” PM Imran noted.

The prime minister said that practical work on development projects has begun in Gwadar to uplift the living standard of the local people.

He said these projects are being established by utilizing 2,200 acres of land and the government is initiating one-window operation facility at Gwadar to facilitate foreign investors in these projects.

PM Imran said that after completion of the International Airport, Gwadar will directly connect with the world.

He said that we have to focus on enhancing exports, which is vital for Pakistan's economic sovereignty.

“The issue of water, electricity and gas to Gwadar will be addressed on priority basis,” he said, adding that 500-bed hospital will provide modern health facilities to the locals.

Imran Khan said connectivity is imperative for the development of Balochistan and Rs730 billion will be spent on infrastructure for this purpose.

He said that Gwadar will become focal point for Pakistan and will be beneficial for the people of Balochistan.

Imran Khan said the government has initiated several mega projects for the welfare of the common people, including Ehsaas programme and housing scheme for low-income segments.

“We should also get benefit of the geographical importance and Chinese experience,” Imran Khan asserted.

Referring to Pakistan's efforts to establish peace in Afghanistan, the prime minister said that Islamabad is playing its due role for a successful peace talks in Afghanistan by engaging regional countries and all stakeholders.

He said Gwadar will serve to connect the Central Asian countries. However, he added, that the only concern for all the countries is peace in Afghanistan.

The premier added that Pakistan will work with countries neighbouring Afghanistan to help establish peace in Kabul.

“All stakeholders are striving to establish peace in Afghanistan,” he observed. “A civil war in Afghanistan would mean that trade contacts with Central Asian countries would be cut-off,” Khan said.

He said peace in Afghanistan is vital for a stable and prosperous Pakistan and we are also trying to contact with Taliban for this purpose.

During his day-long visit, the premier performed the groundbreaking of phase two of the Gwadar Free Zone (GFZ) and launched a number of other development and infrastructure projects including an expo centre, agriculture industrial park and three factories.