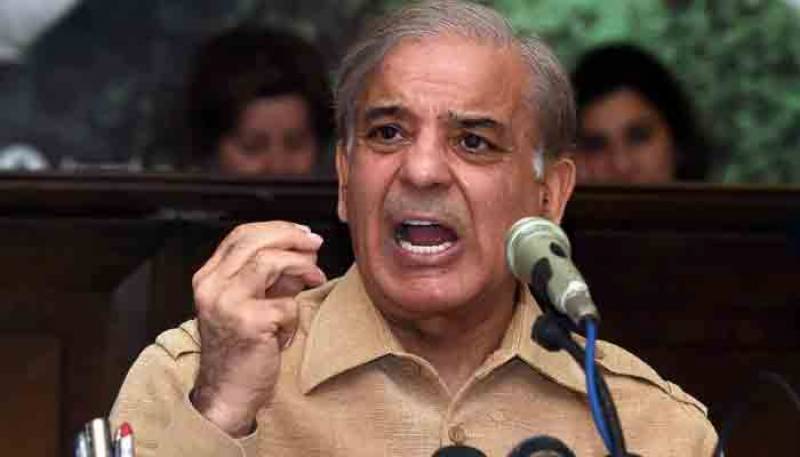 Reacting to the increase in prices, Pakistan Muslim League-Nawaz (PML-N) President Shahbaz Sharif said that since the incumbent government came to power, it had brought the entire nation to "the ration card".

"Imran Khan lets the axe of inflation fall on the public and then wonders why inflation is surging in the country," he tweeted. "Over the past three years, the price of edible oil has increased by over 130%," he added.

The PML-N president said that the price of edible oil going up from Rs160 to Rs369 is unjustified, he said, adding that a "storm of inflation" had followed the prime minister's announcement of a relief package for the masses.

"The hike in prices of petroleum products is proof that the government does not care about the poor," he wrote.

He said that while the price of petrol had not surged past the Rs145 per litre mark, the government had exceeded the limits of ineptitude, corruption and incompetence.

"Increasing the prices of petrol and diesel by Rs8 per litre will also have a direct effect on prices of other items. It has become difficult for the common man to live," he wrote.

He said it was in the best interests of the entire nation and the masses that the prime minister "goes home instead of wreaking further havoc", adding that inflation, unemployment and "economic destruction" do not go away merely via allegations of corruption.

Pakistan Peoples Party (PPP) Secretary-General of Nayyar Bukhari also condemned the price hike in petroleum products, claiming that announcing a relief package in the morning and then increasing petrol prices at night is not a “wise” ruler’s decision.

"Days after announcing a 'relief package', PTI govt drops another petrol bomb by hiking petrol prices by a whopping Rs8.14/L. Petrol prices now stand at a record Rs145.8/L. First time in Pakistan’s history that prices of all the petroleum products are above Rs110/L. #NayaPakistan," she wrote.

Quipping that the premier's relief package was instead a 'takleef package', PML-N Information Secretary Marriyum Aurangzeb said the announcement on Wednesday was a "lie, fraud and deceit".

The price of sugar at Rs150 per kilo and petrol at Rs146 per litre after the relief package was akin to making a "mockery of the public", she said.

"The public knows your relief package is a relief only for your ATMs, mafia and cartels and a trouble for them," she said, adding, "You (Prime Minister Imran) cannot give any relief to the public. For God's sake, give the public your resignation."

Meanwhile, Opposition leadership on Friday agreed to record strict response inside and outside the parliament over worst inflation and sharp rise in petrol prices in the country.

On Thursday night the PTI-led government increased the petroleum prices with immediate effect.

According to a notification issued by the ministry of finance, the price of petrol has been increased by Rs8.03 per litre after which the new price has jumped to Rs145.82 per litre.

The price of high speed diesel (HSD) has been enhanced by Rs 8.14 per liter and will now cost Rs142.62per liter.

Likewise, kerosene oil price has touched Rs116.53 after an increase of Rs6.27.