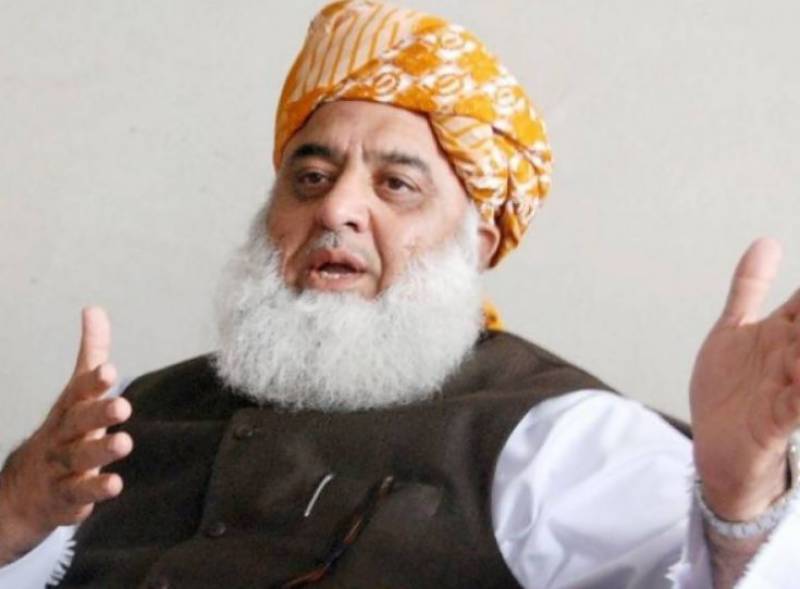 Peshawar (Web Desk): Jamiat Ulema-e-Islam-Fazl (JUI-F) chief Maulana Fazlur Rehman on Saturday said that ‘Azaadi March’ by his party will only end with the fall of the Pakistan Tehreek-e-Insaf (PTI) government.

Addressing a press conference in Peshawar, the JUI-F chief said that the entire country would be turned into a war-zone for the political spectacle.

Maulana Fazl said the party’s strategy of the party regarding the situation will keep evolving. “A flood of people” will participate in the march against the “fake rulers,” the cleric claimed.

Expressing the hope that the other opposition parties may join his march, the JUI-F chief said hopefully “all will be on the same page” as it was a unanimously agreed last year that the general elections were “fake”.

“The entire country is going through an economic crisis and unemployment has skyrocketed,” he said.

The JUI-F chief demanded that the existing parliament be dissolved and new elections be held in Pakistan to assuage the concerns of his party.

Fazl also warned the government against making any arrests and said such a move will further incite and anger the protesters.

He  urged the “establishment, bureaucracy and police to not back the illegitimate government” and added that he does not want to clash with state institutions.

JUI-F has planned to stage a long march to the capital Islamabad on October 27 against the economic policies of the government.