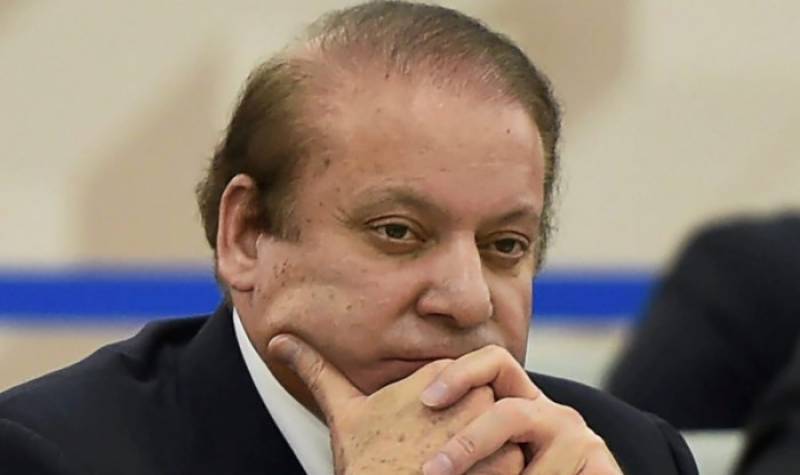 According to details, the names of Raja Zafar-ul-Haq, Sardar Ayaz Sadiq, Shahid Khaqan Abbasi, Khurram Dastagir, Pervez Rashid, Rana Sanaullah, Maryam Aurangzeb and other party leaders have been included in the FIR.

Reacting to the FIR, PML-N leader Ahsan Iqbal, said in past traitors were declared in East Pakistan, then in Balochistan, Sindh, Khyber Pakhtunkhwa and now Punjab also registering treason cases.

“It seems whole the country is traitor except Imran Khan,” the PMLN leader added.

Meanwhile, an accountability Court (AC) on Monday issued arrest warrants for PML-N president and opposition leader Shehbaz Sharif's wife Nusrat Shahbaz and other family members in a reference of money laundering and assets beyond means case.

During the today’s hearing, the PML-N leader complained to the court regarding the NAB officials "inhumane and humiliating" manner in jail.

“All this was being done at the behest of Imran Khan and Shehzad Akbar just to harm my health,” He added.

In his remarks, the accountability judge said that only the court's order will be followed and humiliation of humanity will not be tolerated in any case.

Meanwhile the court adjourned the hearing of the money laundering case till October 13.

In an informal conversation with the media, Shahbaz Sharif said that he would defeat the NAB-Niazi Nexus.

On September 29, the AC had granted the NAB 14-day physical remand of Shehbaz Sharif in assets beyond means and money laundering case.

‘Had warned “neutrals” if conspiracy against PTI govt ...