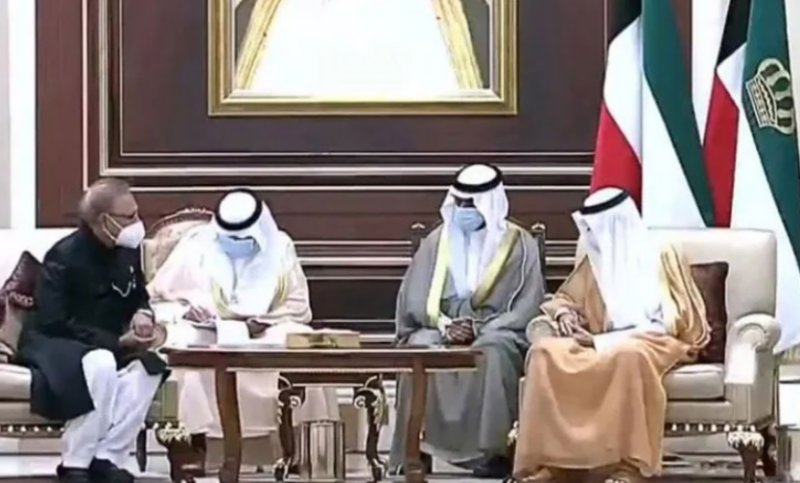 According to a President House statement, the President Alvi expressed profound sympathies with the new emir of Kuwait Sheikh Nawaf Al-Ahmad Al-Jaber Al-Sabah and the Kuwaiti leadership and nation on behalf of Pakistan’s government and people.

The president termed late Emir Sheikh Sabah Al-Ahmed Al-Jaber Al-Sabah a sincere and trusted friend of Pakistan, who made an invaluable contribution to bringing the two countries and peoples closer.

“Sheikh Sabah’s efforts in the bilateral context and for regional peace and stability would be long remembered,” President Alvi added.

Emir of Kuwait Sheikh Sabah al-Ahmed al-Sabah died on On September 29 at the age of 91.

Sabah, following an unspecified condition, was flown to the United States in July for medical treatment after a surgery.

Dubbed as the "dean of Arab diplomacy" Sheikh Sabah had ruled the Arab country since 2006 and had commandeered its foreign policy for the past 50 years.

Under Kuwait's constitution, each new crown prince must be approved by a majority in the country's National Assembly.

As per the Kuwait’s traditions, the succession of the Emir and Crown Prince positions are limited to the descendants of Mubarak al-Sabah.

After the 1990 invasion of Iraq, he became the minister of labour and social affairs, a role he held until 1992. Between 1994 and 2003, Sheikh Nawaf was the deputy chief of the National Guard.