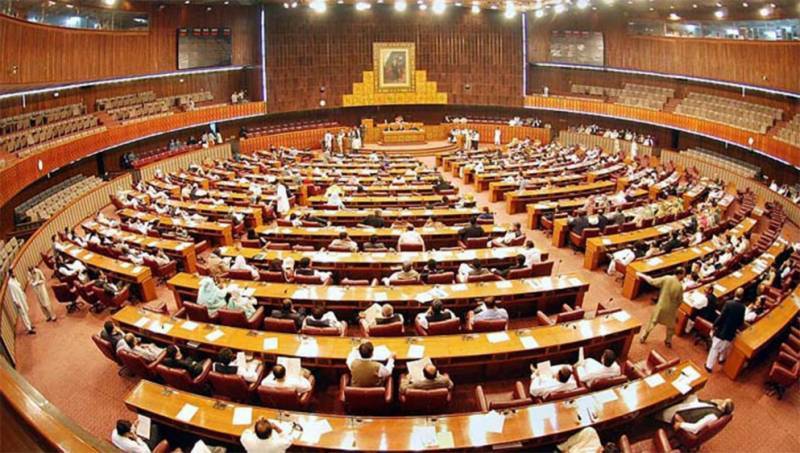 Islamabad (Web Desk): A joint session of Parliament is underway in Islamabad to discuss the deteriorating situation in Indian-occupied Kashmir (IoK) after the announcement of repealing of Article 370 by the Indian government.

The Article 370 of the Indian constitution grants special status to the disputed valley of IoK.

According to a notification issued by the National Assembly Secretariat, President Dr Arif Alvi summoned a joint session of Parliament to discuss the present situation.

The lawmakers will discuss the tense situation in IoK and along the Line of Control after the Modi government confirmed it had deployed at least 10,000 troops in the disputed region last week.

The session will also review discuss the recent surge in unprovoked firing and shelling on civilian population and use of cluster bombs by Indian forces in Azad Jammu and Kashmir.

On July 5, BJP's government revoked Article 370 of the Constitution of India, which grants special status to Indian held Kashmir.