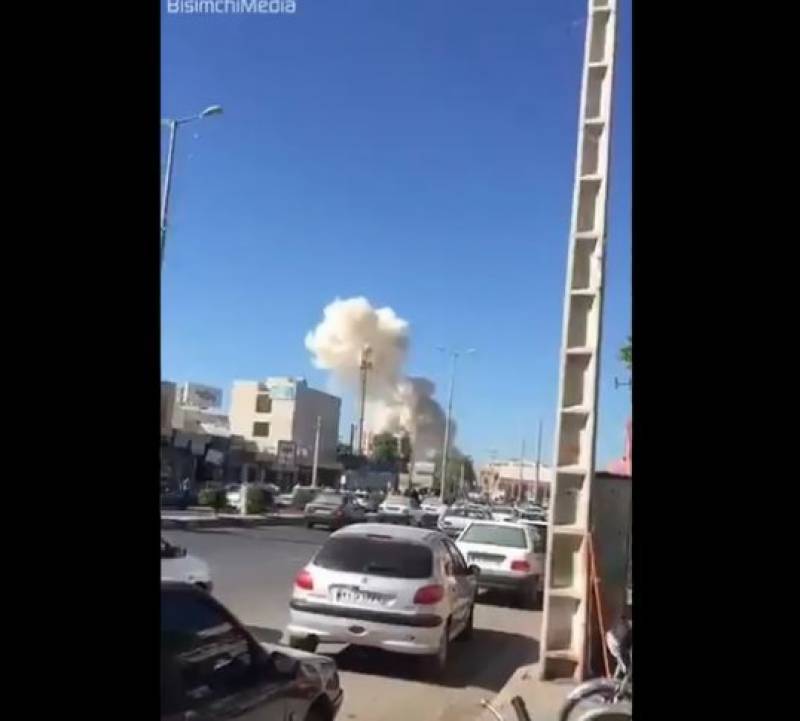 Tehran (Agencies): At least three people were killed and several others injured when a suicide car bomber attacked a police headquarters in the southeastern Iranian port city of Chabahar on Thursday, Iranian state TV reported.

State television broke into its regular broadcast to report the attack, as such assaults are rare in the Islamic Republic of Iran.

Rahmdel Bameri, a provincial official, told state TV that a suicide attacker driving a vehicle loaded with explosives drove up to the police headquarters. He said police officers blocked the vehicle and started firing at the driver, who then detonated his explosives.

The state authorities did not identify who was behind the attack. No militant group immediately took responsibility for the attack.

Chabahar, near Iran's border with Pakistan on the Sea of Oman, is home to a new port recently built and is an economic free zone for the country.

The attack comes as Iran's economy reels in the wake of the United States re-imposing sanctions lifted by Tehran's nuclear deal with world powers. While Iran still complies with the accord, US President Donald Trump withdrew America over the deal in part due to Tehran's ballistic missile program, its “malign behavior” in the Mideast and its support of militant groups like Hezbollah.

While rare, Iran has been targeted in recent years by militant attacks. In September, gunmen disguised as soldiers opened fire on a military parade in Ahvaz, killing and wounding dozens.

Arab separatists and the militant Islamic State (IS) group both claimed the assault. Another coordinated June 7, 2017 IS group assault on parliament and the shrine of Ayatollah Ruhollah Khomeini, the leader of Iran's 1979 Islamic Revolution, killed at least 18 people and wounded more than 50.