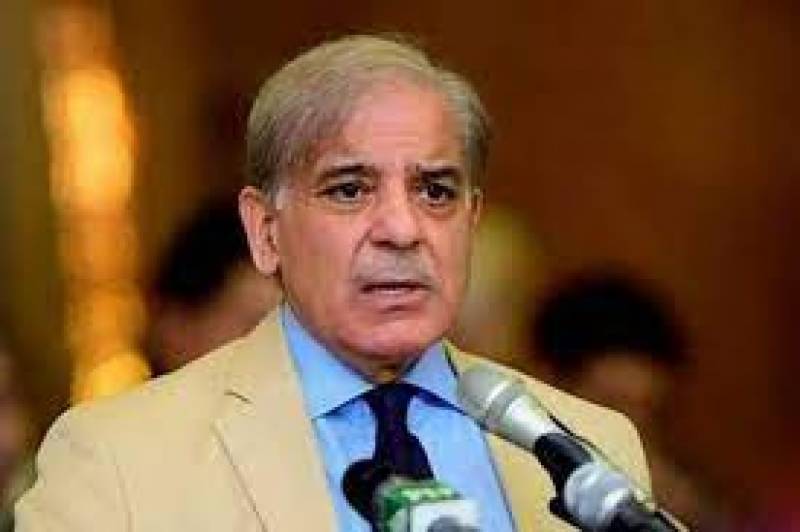 Addressing at an event in the federal capital to mark 10 years of the United Nations’ (UN) Plan of Action organized by Journalist Safety Forum, the premier termed a free media and freedom of expression the important pillars of a State.

"My government believes that no journalist or human rights activist should be called out in the line of duty," PM Shehbas said, expressing his firm resolve to proactively facilitate the implementation of the Journalists Safety Law.

Shehbaz Sharif noted that democracy and media reinforce each other and there can be no democracy without freedom of expression.

The prime minister added that the government would be part of efforts aimed at making Pakistani democracy stronger through greater free media.

PM Shehbaz pointed out that Pakistan became the first country in Asia to pass legislation on the Safety of Journalists at the federal and the provincial level in Sindh province.

He said the government will continue to support the ongoing efforts in Punjab, Khyber Pakhtunkhwa (KP) and Balochistan to legislate on safety of journalists.

The prime minister said that the parliament passed a landmark Protection of Journalists and Media Professional Acts after thorough consultations with all the stakeholders.

He said this act recognizes the rights of journalists and seeks to protect media persons from all kinds of ill treatment and aggression. He assured the full implementation of this legislation.

PM Shehbaz said his government believes that no journalists should be called out or attacked for exercising their freedom of expression as guaranteed under the constitution of Pakistan.

Referring to the murder of senior Journalist Arshad Sharif in Kenya, the premier said he has written a letter to the Chief Justice of Pakistan (CJP) to constitute a commission to investigate the murder and hoped some action will be taken in this regard.

Speaking on the occasion, Ambassador of France Nicolas Galey said freedom of expression could not be termed as an obstacle in the working of a government and emphasized the need to promote safety of journalists, media pluralism, and the right to inform and be informed.

He lauded Pakistan’s law on the safety of journalists as a significant step in encouraging freedom of expression.

Ambassador of Denmark Linulf said it was crucial to promote freedom of expression and ensure a safe environment for journalists.

He said Denmark backed the ‘community journalism’ in Pakistan. He congratulated Pakistan for its remarkable step to legislate on the safety of journalists, the first in Asia.

Ambassador of Norway Per Albert Ilsaas said best quality journalism provides proper information and ensure democratic values. Pakistani journalists, he said “self-censored” the content, which could otherwise be said directly, such the use of word “establishment”.

Chairperson Journalist Safety Forum Hamid Mir proposed that federal and Sindh governments must notify the safety commissions under the laws passed by the National Assembly and stressed passage of similar laws for the journalists of Khyber Pukhtunkhwa, Balochistan and Punjab.

He demanded immediate removal of the Section 6 from the Federal Journalists Safety Law, which acts as a pre-qualifier for journalist before benefiting from the law, and pointed out that it was “mysteriously” added to the final draft bill without the knowledge of journalists.

Mir called for taking journalists out of the purview of online expression through laws such as Prevention of Electronic Crimes Act (PECA) or other regulations and emphasized support by the federal and provincial governments against attacks, intimidation and harassment of women journalists.

The event was attended by journalists, human rights experts and representatives of national and international organizations.