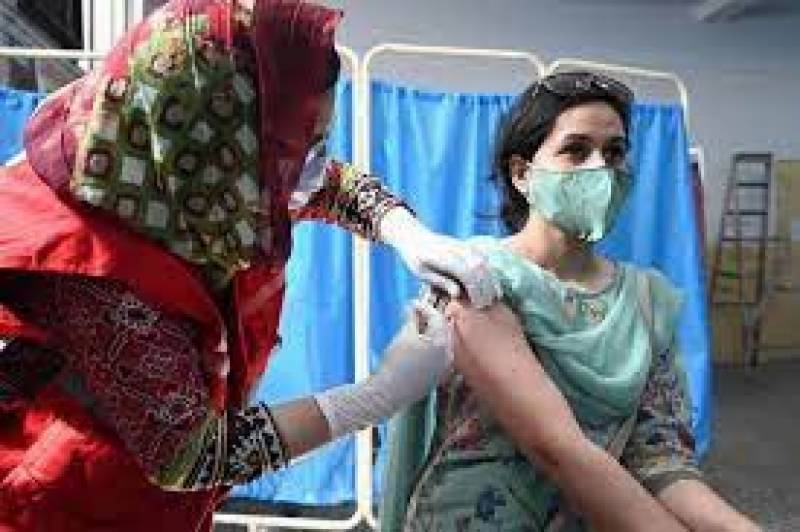 Lahore/Quetta/Karachi/Peshawar (Staff Report/Agencies): The number of confirmed COVID-19 cases in Pakistan rose to 1,299,848 on Thursday after 1,085 new cases surfaced in the country during the last 24 hours.

This is the highest number of infections reported in a single day in the country in nearly three months.

As per the National Command and Operation Centre (NCOC) data, 46, 585 tests were conducted in last 24 hours while positivity ratio remained 2.32%.

According to the government's COVID-19 portal, the death toll related to coronavirus has reached to 28,955 with 5 fatalities reported during the last 24 hours.

Over the last twenty four hours, total number of recovered COVID-19 patients across the country reached 1,257,847 after another 247 virus recoveries were reported.

Meanwhile, Federal Minister for Planning and Development Asad Umar, who also heads the NCOC, dismissed the rumors of lockdown to curb the spread of the Omicron variant in Pakistan.

The minister said that Omicron cases are increasing rapidly but authorities have no plan to impose lockdown in the country.

“There is no chance to impose another complete lockdown,” he said, adding that the government is closely monitoring the new and more contagious Omicron variant as a fresh pandemic peak comes as the cases are spreading simultaneously again.

Moreover, Hong Kong on Wednesday announced a two-week ban on incoming flights from eight countries, including Pakistan and India and tightened restrictions on Wednesday as authorities feared a fifth wave of COVID-19 infections.

The restrictions were announced as health authorities scoured the city for the contacts of a COVID-19 patient, some of whom had been aboard a Royal Caribbean ship that was ordered to cut short its "cruise to nowhere" and return to port.

It is pertinent to mention that the global coronavirus cases have reportedly surpassed 298.304 million and death toll tops 5,482,492.