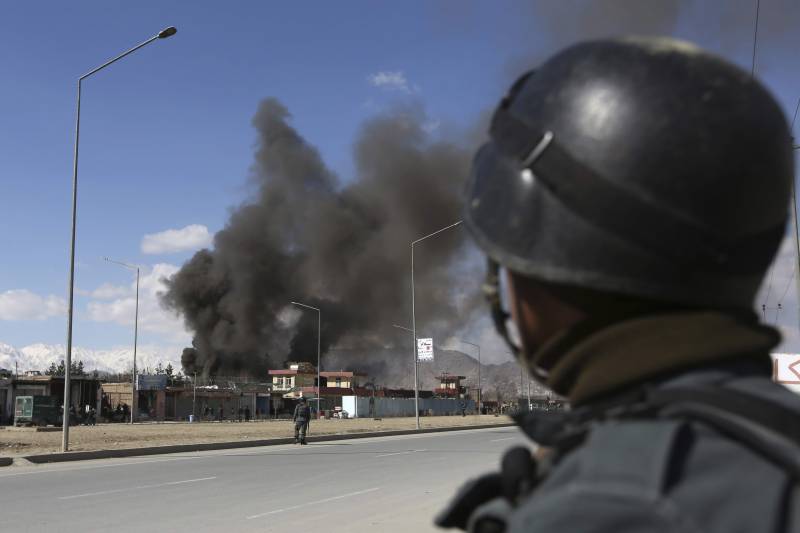 Kabul (Web Desk): A rocket struck an Indian diplomatic compound in the Afghan capital of Kabul on Tuesday, police said, as representatives of about two dozen international delegations met a kilometer or so away to discuss efforts to end violence.

Sirens and warnings of "incoming" missiles sounded in a number of embassies, followed by a dull thump as the rocket exploded.

Police said no one was injured in the blast, which struck a tennis court, a few blocks away from where the meeting was held.

Notoriously inaccurate, rockets are an occasion fired into the city, often towards the fortified downtown area that houses not only the Indian embassy, but a number of other foreign delegations, the headquarters of the international military mission, and Afghan government ministries.

On May 31, a huge truck bomb detonated outside gates leading to the fortified area, killing more than 150 Afghans and wounding hundreds.

A bomb attack on the Indian embassy in 2008 killed more than 40 people.