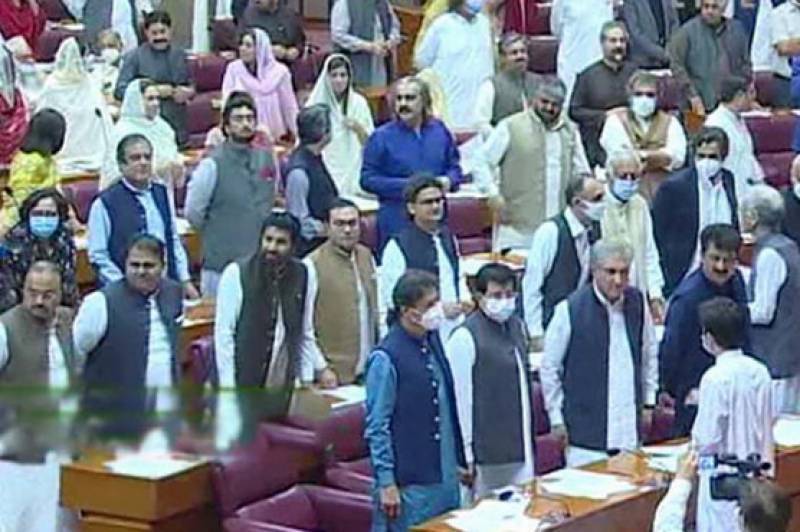 During Saturday’s session of the Lower House, Foreign Minister Shah Mahmood Qureshi tabled the resolution for the vote of confidence. Members of the National Assembly (MNAs) of Pakistan Tehreek-e-Insaf and allies parties attended the NA session.

On March 3, Prime Minister Imran Khan announced to take fresh vote of confidence from the National Assembly on March 6.

The decision came in the backdrop of an upset in the Senate elections in which Syed Yusuf Raza Gilani of Pakistan Democratic Movement (PDM) won the general seat from Federal Capital by securing 169 votes against 164 secured by Dr Abdul Hafeez Sheikh of PTI.

It is pertinent to mention that Imran Khan is the second Prime Minister in the history of Pakistan who has sought a 'voluntary' vote of confidence from the National Assembly.

Prior to PM Imran, Nawaz Sharif had sought a voluntary vote of confidence from the Parliament after his reinstatement was granted by the Supreme Court in 1993.