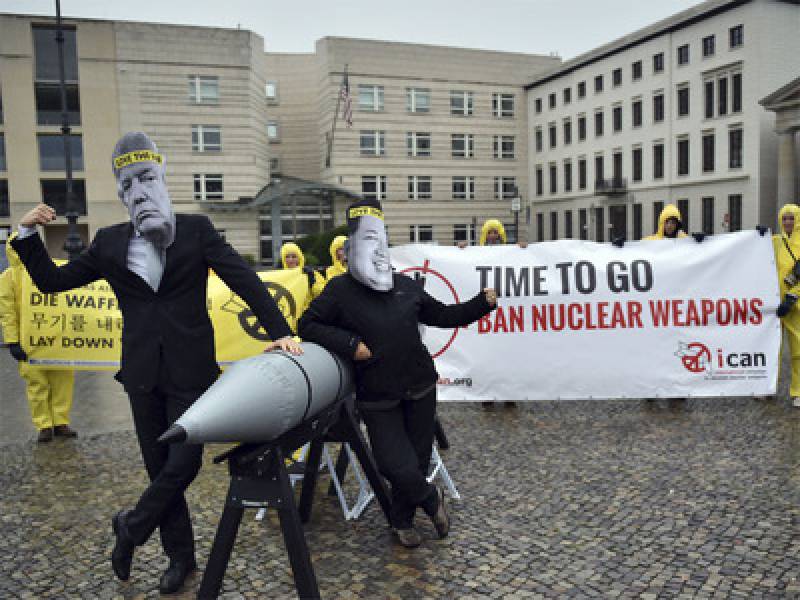 Geneva (Reuters): The Norwegian Nobel Committee, warning of a rising risk of nuclear war, awarded the 2017 Nobel Peace Prize on Friday to a little-known international campaign group advocating for a ban on nuclear weapons.

The International Campaign to Abolish Nuclear Weapons (ICAN) describes itself as a coalition of grassroots non-government groups in more than 100 nations. It began in Australia and was officially launched in Vienna in 2007.

“We live in a world where the risk of nuclear weapons being used is greater than it has been for a long time,” said Berit Reiss-Andersen, the leader of the Norwegian Nobel Committee.

In July, 122 nations adopted a UN Treaty on the Prohibition of Nuclear Weapons, although the agreement does not include nuclear-armed states such as the United States, Russia, China, Britain and France.

“This award shines a needed light on the path the ban treaty provides toward a world free of nuclear weapons. Before it is too late, we must take that path,” ICAN said in a statement on its Facebook page.