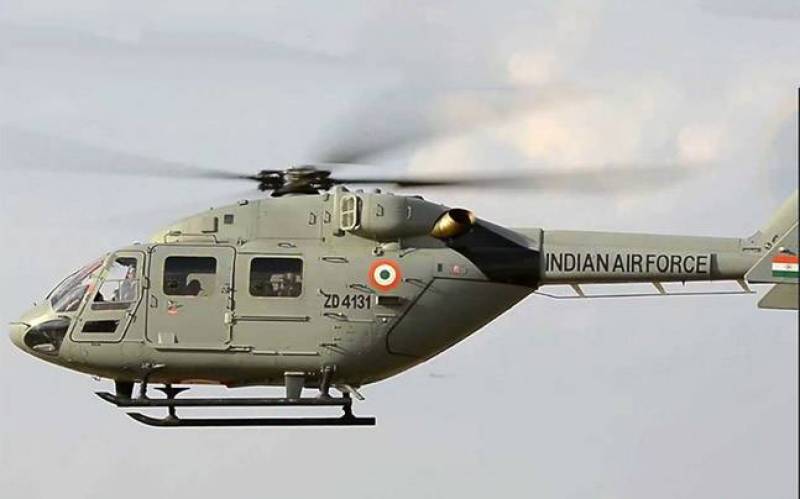 New Delhi (Web Desk): At least seven troops were killed and one critically injured after a chopper of Indian Air Force crashed in Arunachal Pradesh near China border on Friday.

According to Indian media, the Mi-17 V5 helicopter was on an “air maintenance mission” when it met an accident at an altitude of 17,000 feet and crashed near Yangchi, an area 130 km away from Tawang town.

The site is a hilly area and around 12 kilometers away from the India-China border.

The authorities have ordered a Court of Inquiry to trace the reasons behind the mishap.

The Russian made Mi-17 V5 chopper is the backbone of the Air Force; 48 more have been requisitioned.

Over 150 such helicopters are in service.

The helicopter is specially designed to transport cargo inside the cabin and it is mostly used for rescue operations.