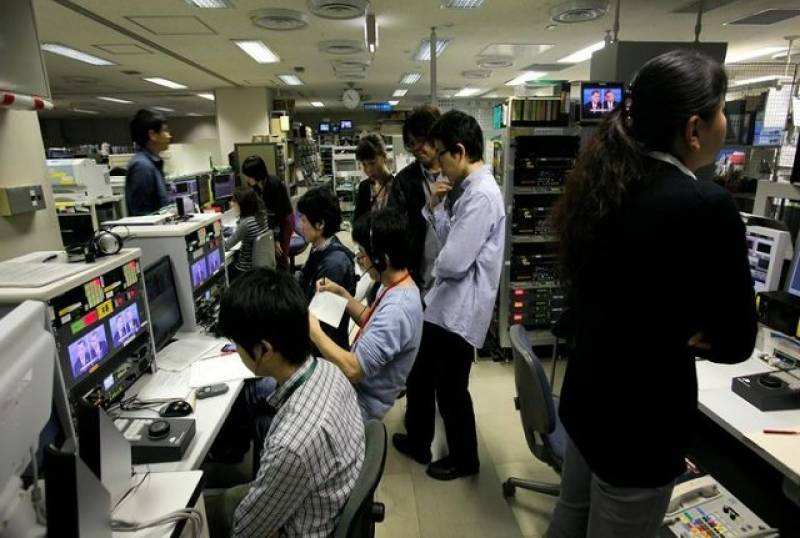 Tokuyo (Web Desk): Japan's public broadcaster has revealed that one of its reporters died from overwork.

NHK said that labor officials had concluded that the 31-year-old political reporter died from heart failure caused by spending long hours on the job. Japan, known for its 'salaryman' culture and punishing work hours, has struggled for years to tackle the impact of overwork on employees' health. A government study published last year found that one in five workers is at risk of working themselves to death.

Excessive hours are such a big problem that there's even a Japanese word for death by overwork: karoshi.

According to a news story published by NHK, Miwa Sado had worked 159 hours of overtime in the month before her death.

The circumstances of Sado's death in 2013 had not been made public until this week.

NHK said it was taking the death of its employee very seriously. The broadcaster has pledged to reform the way its reporters work.

The 2015 suicide of another Japanese worker, Matsuri Takahashi, had previously been linked to overwork.

Japanese regulators found that she had been forced to work excessively long hours at an advertising agency, clocking about 105 hours of overtime in the month leading up to her death. The extreme schedule resulted in her suicide, they ruled.

The CEO of the ad company resigned over the issue. Labor lawyers and citizens groups have for decades pushed for changes to Japanese law to recognize karoshi as a serious social issue. Their efforts resulted in a 2014 law that called for better working conditions but didn't force companies to act.