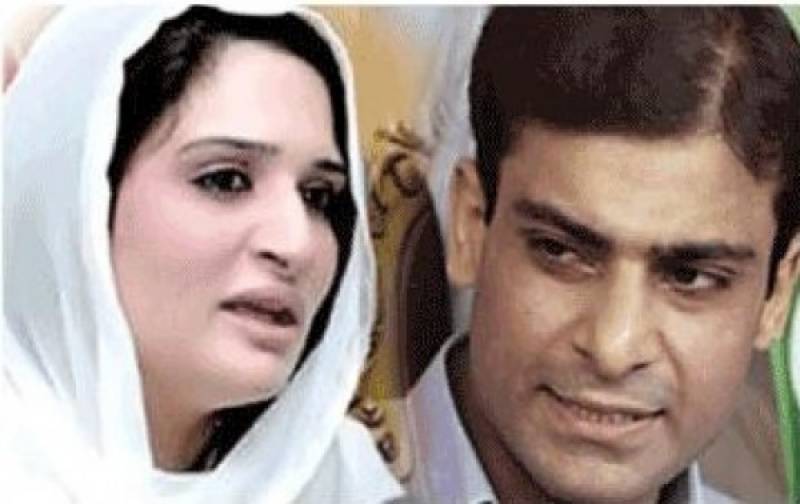 Lahore (Staff Report): Ayesha Ahad, who claims to be the wife of MNA Hamza Shehbaz, on Monday served a legal notice to Punjab Law Minister Rana Sanaullah, seeking Rs 200 million as damages for tarnishing her image.

On Sunday, Rana Sanaullah called Ahad a “peshaa-war aurat” [a woman engaged in prostitution]. Sanaullah had alleged that Ahad was making false claims about her marriage with Hamza Shehbaz, son of Punjab Chief Minister Shehbaz Sharif and was looking for financial benefits.

The legal notice demands Sanaullah to retract his "malicious" statement within seven days and tender an unqualified and unconditional apology for his false allegations.

It demands that Sanaullah pay Ahad Rs 200 million as damages for tarnishing her image, failing which legal proceedings would be pursued against him.

Ahad had alleged that Hamza secretly contracted marriage with her in 2010, but later unceremoniously abandoned her. “I was tortured by Punjab police for disclosing our marriage. Nawaz Sharif also knew about our marriage,” she alleged.