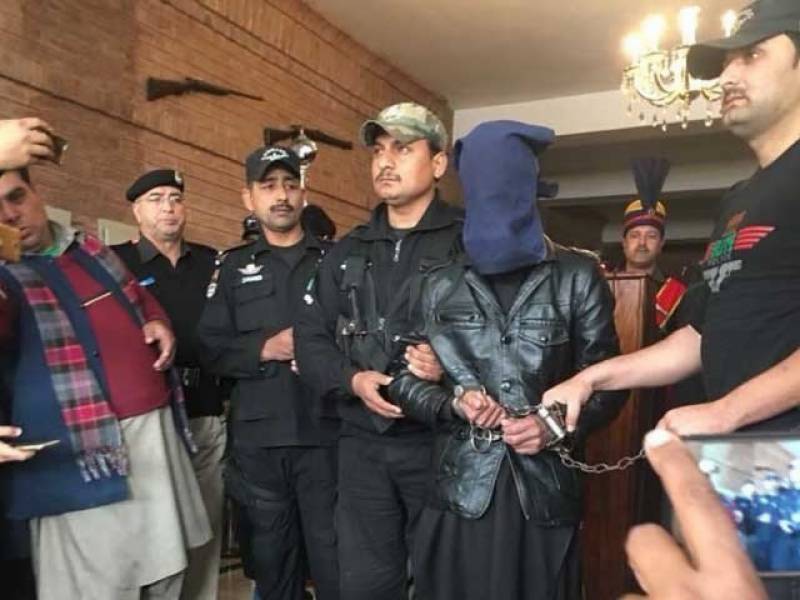 Mardan (staff Report): Khyber Pakhtunkhwa (KP) Police have arrested a 15-year-old second cousin of four-year-old Asma, who found dead in a sugarcane field in January, for his suspected involvement in the alleged rape and murder of the minor.

Inspector General (IG) Police Khyber Pakhtunkhwa (KP) Salahuddin Mehsud told the media that the suspect has confessed to his crimes.

The IG KP said that the suspect in the "blind case" was traced using DNA samples obtained from a single drop of blood found on a leaf near the crime scene. He said it was a case of attempted rape before murder. However, a forensic report issued by the Punjab Forensic Science Agency (PFSA) had earlier confirmed that the girl was raped before she was murdered.

Regional Police Officer (RPO) Mardan talking to media said that the Punjab government informed on Tuesday that DNA matched the samples taken during investigation. He added that a friend of the prime accused has also been arrested.

The police also presented the accused, identified as Ghulam Nabi, with face covering before media. He added that Ghulam Nabi took the girls to sugarcane fields and killed her when she tried to shout while being raped.

“How good is the police force of K-P?” CJP asked. “These [suo moto] notices are taken for citizens,” the CJP observed and added, “It is mandatory for police to provide security,” he observed. “A girl suffered such a horrible fate yet there is no progress.”

The apex court also summoned Pakistan Tehreek-i-Insaf spokesperson Fawad Chaudhary to “witness” the proceedings of the cases in order to note the competency of KP police.

The chief justice remarked that Chaudhary “used to criticise other people and claims that the province has the exemplary police,” adding that the case should be heard in his presence.

SC gave concerned authorities another two weeks for investigation in this matter. The hearing has been adjourned till February 21.