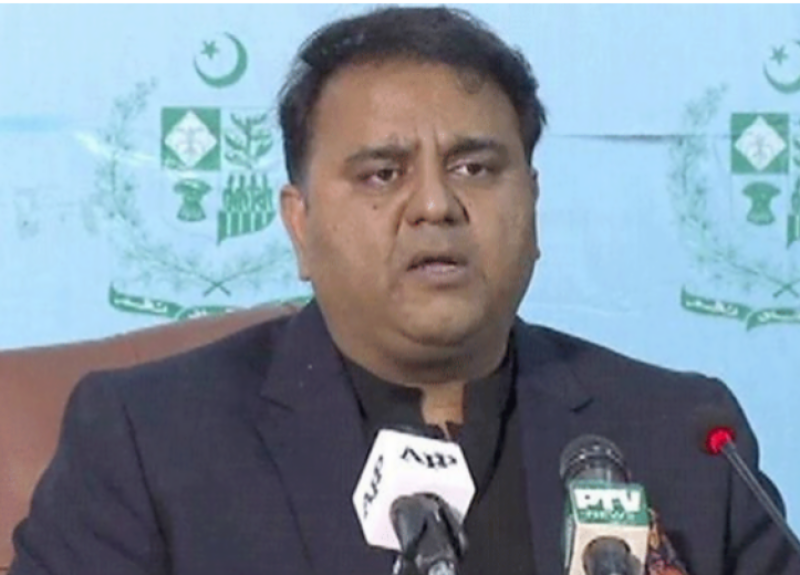 Islamabad (Web Desk): Minister for Information and Broadcasting Fawad Chaudhry on Monday said that says the next general election will be held in Pakistan in 2023 under a new mechanism.

He was talking to the media along with Minister for Science and Technology Shibli Faraz, Adviser on Parliamentary Affairs Dr Babar Awan and Adviser on Interior and Accountability Shahzad Akbar after having a meeting with the officials of the Election Commission of Pakistan (ECP).

The Minister for Information said the government is discussing the features of this new mechanism with the ECP and also presenting the same at the Parliament.

Fawad said the government had proposed 49 amendments in the Electoral Reforms Bill tabled in the National Assembly in October last year, and they shared its details with the ECP.

"It was decided that the minister of science and technology will present a demonstration on the EVMs to the ECP, and then the authority will appoint a consultant to generate an opinion in the matter," the minister said.

Fawad Chaudhry said that the Pakistan Tehreek-e-Insaf (PTI) government had promised to provide right to franchise to overseas Pakistanis as they had an important role in national development.

"A report has been presented to the ECP in this regard," he said.

Speaking on the occasion, Minister for Science and Technology Shibli Faraz said it is the vision of PM Imran Khan to ensure transparency in the elections to strengthen democracy.

“Only the genuinely elected representatives should come to the parliament, Sghibli said.

The minister said his ministry is working day and night on the election voting machines.

Responding to a question, Shibli Faraz said the ECP is an independent institution and the government fully respects it.