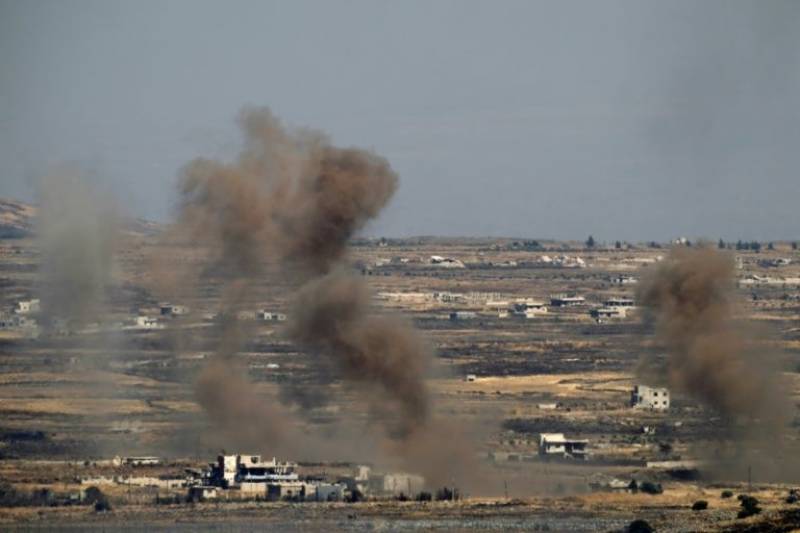 Masyaf (Reuters): Syria's army said that Israeli air strikes on Thursday killed two people at a military facility in the country's west, a zone where the regime has been accused of developing chemical weapons.

“Israeli warplanes at 2:42am today fired a number of missiles from Lebanese air space, targeting one of our military positions near Masyaf, which led to material damage and the deaths of two members of the site,” the army said in a statement.

Masyaf is a town in western Syria, approximately 60 kilometres (40 miles) east of the coastal city of Tartus, where regime ally Russia maintains a naval base.

Syria's army operates a military facility north of Masyaf that includes a training camp and a branch of the Scientific Studies and Research Center (SSRC).

The United States has accused the SSRC of developing the sarin gas weapon allegedly used in a chemical attack on the Syrian town of Khan Sheikhun in April, which left dozens dead.

On Wednesday, United Nations war crimes investigators announced they had an “extensive body of information” indicating Syrian warplanes were behind the attack.

Syria's army did not mention the SSRC in its statement. The government has blasted accusations of chemical weapons use in Khan Sheikhun as “fabrications”.

Since Syria's conflict erupted in 2011, Israel has conducted several air strikes on the war-ravaged country.