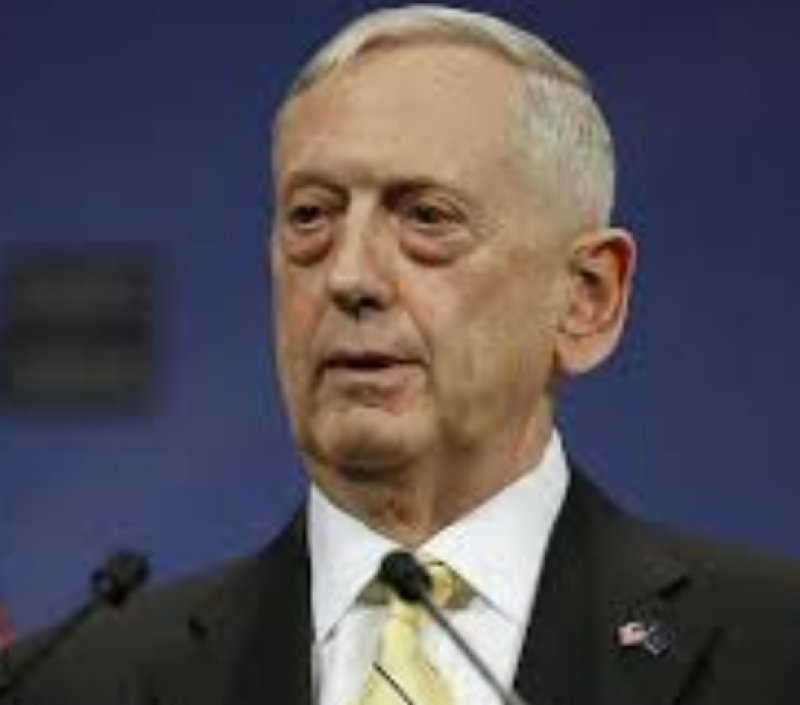 Kabul (Agencies): US Defense Secretary Jim Mattis arrived in Kabul on Friday to meet the new commander of NATO troops in Afghanistan and discuss progress on talks with the Taliban, despite deteriorating security and turmoil within the Afghan government.

The United States is a year into its latest attempt to step up pressure on the Taliban by increasing air strikes and sending thousands more troops to train and advise Afghan forces, but the effort has yet to make Afghanistan more secure and stable. The 17-year-old war is America's longest conflict.

Mattis is accompanied by Chairman of the Joint Chiefs of Staff Marine General Joseph Dunford. The surprise visit is Mattis' fourth time in the country since becoming defense secretary, and it's part of a larger trip including stops in San Diego and India.

US Army General Scott Miller assumed command of NATO forces in Afghanistan on Sunday, arriving as Washington faces growing questions over its strategy to force the Taliban into talks to end the grinding conflict.

Speaking with reporters this week, Mattis said he was hopeful about peace talks with the Taliban.

"It now has some framework, there's some open lines of communication," Mattis added.

Over the summer, a top US State Department official met Taliban officials in Qatar to try to lay the ground work for broader peace talks.

The US government has pointed toward the Taliban accepting a temporary truce in June, as a sign of why the talks should be viewed with hope.