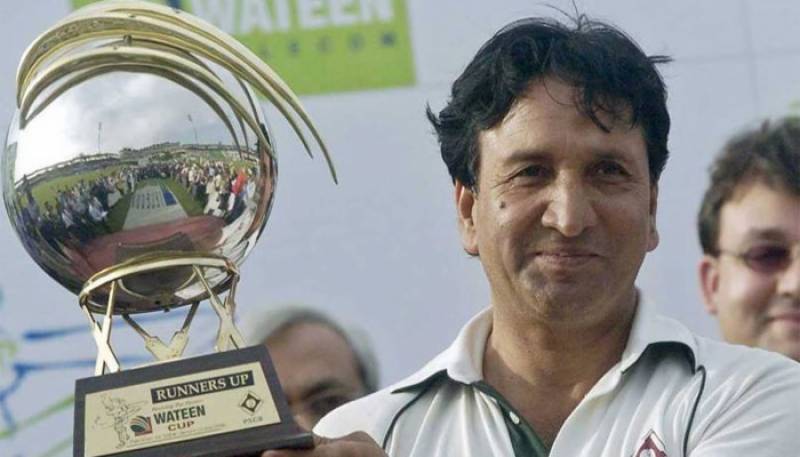 The 67-year-old was born in Lahore in 1955. He was regarded as one of the best leg-spinners of his time.

PCB is shocked at the news of 'maestro' Abdul Qadir's passing and has offered its deepest condolences to his family and friends. pic.twitter.com/NTRT3cX2in

Abdul Qadir, known as the dancing bowler due to his peculiar bowling style, played 67 Test and 104 One-Day International matches for Pakistan.

The legendary cricketer played his first Test against England in Lahore on Dec 14, 1977 and first ODI against New Zealand in Birmingham on Jun 11, 1983.

He played his last international Test against West Indies in Lahore on Dec 6, 1990, while his last ODI was against Sri Lanka in Sharjah on Nov 2, 1993. He also served as the chief selector of Pakistan team.

Qadir took 236 wickets in Test matches throughout his international career — with a best of 9-65 against England in 1987. These figures are still the best by a Pakistan bowler in a Test innings.

He also took 132 wickets in 104 ODIs, with now prime minister and the then skipper Imran Khan using him as an attacking weapon in the 1983 World Cup held in England.

He later served as chief selector for the Pakistan Cricket Board (PCB) as well as a match commentator.

His four sons, Rehman, Imran, Sulaman and Usman, all played first-class cricket while his daughter is married to Pakistan’s international cricketer Umar Akmal.

The president prayed for the departed soul and said his name will always be remembered in the history of cricket.

Prime Minister Imran Khan says Abdul Qadir's death has deprived Pakistan of a great cricketer who brought fame for the country across the world.

In his condolence message, Imran Khan said he has lost a great friend. He prayed for the departed soul and expressed sympathies with the bereaved family.

Deeply saddened to hear of Abdul Qadir's passing. My prayers & condolences go to the family. Abdul Qadir was a genius, one of the greatest leg spinners of all time. And he was also the life of the dressing room entertaining the team with his wit & humour.

According to the spokesperson of Pakistan Army, Major. General Asif Ghafoor, the COAS said Pakistan has lost a great sportsman and a human being.

The Army Chief prayed for the departed soul and expressed sympathies with the bereaved family to bear this irreparable loss.

“Pakistan has lost a great sportsman and a human being. May Allah bless his soul and gives strength to the bereaved family to bear this irreparable loss, Aamen”, COAS.

Moreover, cricketers, including cricket greats and skippers took to Twitter to express their grievances over the sad demise.

Our legend star our Elder Mr Abdul Qadir is no more with us quite shocking news for all of us.May Allah make his last journey easy & Give him best place in Jannah Ameen

They called him the magician for many reasons but when he looked me in the eyes & told me I was going to play for Pakistan for the next 20 years, I believed him.A Magician, absolutely. A leg spinner & a trailblazer of his time. You will be missed Abdul Qadir but never forgotten

His hand quicker than the eye, Abdul Qadir rolled over many a giants with a magnificent sleight of hand! Thank you for letting me watch it from short leg. The best legspinner of his era, he pioneered the art of leg spin in one day cricket. Bao ji, you will be forever missed.

May Allah give courage to their families during this tough time InshAllah. Pls recite Fatiha for the two legends who elevated the name of Pakistan across the world

Absolutely shocking news to hear the sad passing Legend Abdul Qadir saab. May Allah SWT grant him the highest rank in jannah and his family the patience to bare the loss. #Ameen

Remember playing against Abdul Qadir, one of the best spinners of his times. My heartfelt condolences to his family. RIP. pic.twitter.com/iu03d45sJ0

Abdul Qadir is no more..RIP bouncy little Fella with a very big heart..Yur contribution to Spin will be long remembered in Cricket World..more so in Pakistan whom U served with panache & devotion..Allah REHM Kareh..Heartfelt condolences to the Family Of Late Abdul Qadir.

Sad to hear about the demise of Abdul Qadir. Was always mesmerised by his unique style of bowling and he was one of the best leg-spinners to play the game. Heartfelt condolences to his family and loved ones.

Deeply saddened to hear the shocking news of sir Abdul Qadir sahab's passing away, may Allah grant him highest rank in jannat and the family be blessed with sabar. Ameen

We all belong to Allah SWT and to Him we all shall return. Deeply saddened to hear about Sir Abdul Qadir's death. May Allah meet his soul with a smile & keep him in His shade of love & mercy, Ameen.

Tragic news about Abdul Qadir,one of the greatest leg spinners of all time,did a few shows with him & he was always energetic and passionate about his views,may he RIP!