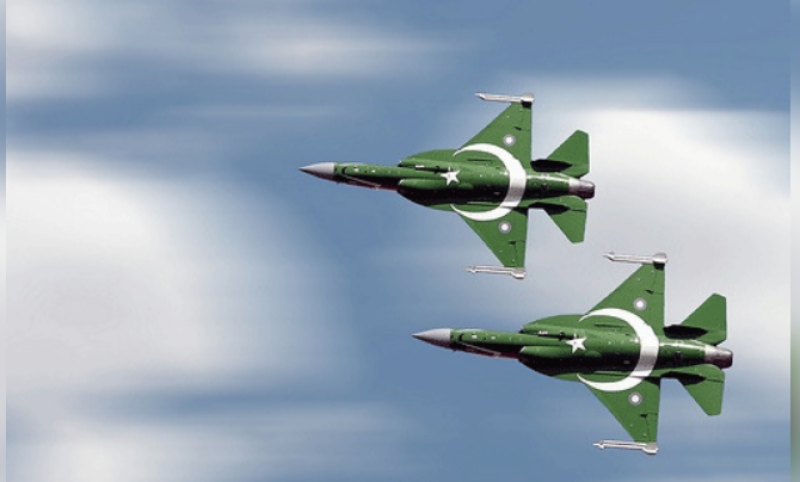 Islamabad (Web Desk): Air Force Day is being observed today (Tuesday) with patriotic zeal to commemorate dexterity and valour of the defenders of air space of the country against Indian aggression in September 1965 war.

Every year on September 7, Air Force Day is celebrated across the country to re-live the memory of 1965 war when our valiant pilots despite limited resources not only annihilated Indian air aggression but also defeated India through unprecedented skill in the warfare and insurmountable courage.

Indian Air Force, to aid the Indian army launched a clandestine attack on Lahore at Burki border which failed miserably after valiant resistant by proud sons of soil like Major Raja Aziz Bhatti Shaheed. They attacked Pakistani air space but were mauled by the Pakistani falcons in the air and decimated in the blink of an eye.

The day belongs to the Pakistan Air Force (PAF) ace Muhammad Mahmood Alam (commonly known as MM Alam) who shot down five of the Indian Air Force Hawker Hunter Mk. 56 fighters in less than a minute. MM Alam destroyed the first four Indian fighter jets in first 30 seconds while the fifth became his victim within next 30 seconds.

He claimed 11 kills in a day and became history’s only jet ‘ace-in-a-day’ in one hundred years history of the world aircraft. He is one of the few aviators who became a hero by not only garnering international acclaim but also was deservedly bestowed with Sitara-e-Jurrat for his dexterity and eagle eyes action.

September 7, Air Force Day also raised status of the PAF in the comity of nations as a great air force with impeccable skills and dexterity.

Public and private organizations, educational institutions and the armed forces held ceremonies to pay homage to the martyrs and ghazis of Indo-Pak 1965 war in connection with the Air Force Day.

Special ceremonies were held at the graves of the September 1965 war heroes while the city roads had already been bedecked with banners and streamers showing solidarity with the armed forces and acknowledging the great feat of brave soldiers who defended the sacred frontiers of their country with exemplary mettle.

Special prayers have been offered for the solidarity, integrity and independence of the motherland in most of the mosques.