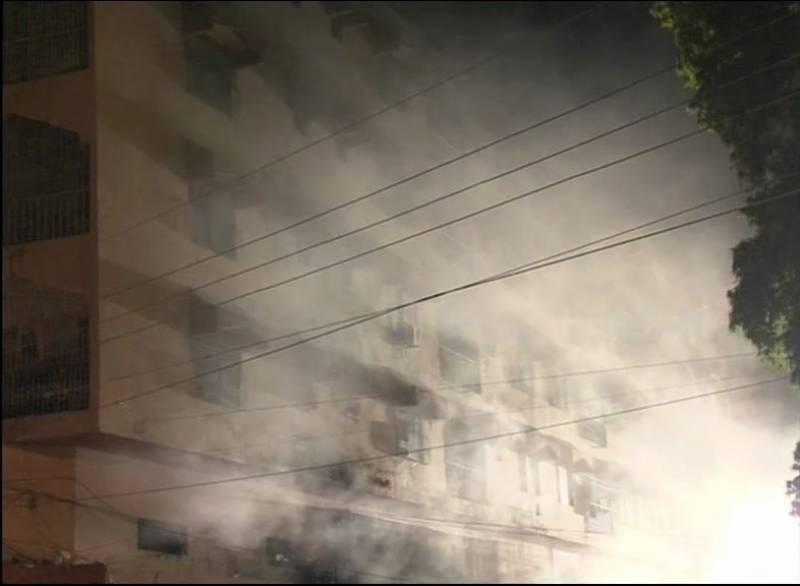 Karachi (Staff Report): A sudden fire engulfed Tariq Plaza in Karachi’s Nazimabad area that has been extinguished after the struggle of 23 hours.

According to details, eighteen fire tenders, two water bowsers, and 40 water hydrants tenders arrived at the scene after being informed about the fire incident and took part in the operation to douse the fire that erupted in the basement of a building in Karachi's Nazimabad no. 4 area early Friday.

Firefighters were faced with difficulties to extinguish the fire due to the absence of an air passage system in the basement.

Meanwhile, the locals saved their lives by taking refuge in a park.