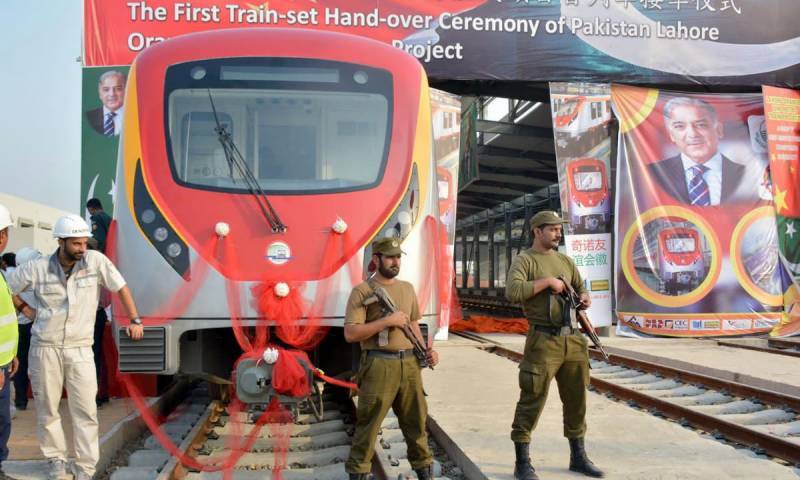 According to details, the proceedings in SC began after Punjab government had filed petitions against the Lahore High Court’s August 2016 order that had suspended the construction of the Rs 45 billion Orange Line Metro Train within 200 feet of 11 historical sites in the city.

Around 70 percent of the development work has been completed on the 27 kilometre long metro train project. Out of the total distance of the train track, approximately 24 kilometres of the track will be elevated while around 1 kilometre will be underground. The project will have 26 stations out of which Anarkali and Central Station will be underground. The endpoints of the Orange Line route will be Ali Town at Raiwind and Dera Gujran at GT Road.

The trains will be fully automated and driverless, and underground train stations will have automated doors between trains and platform, while public areas of the stations will be air conditioned during the summer.