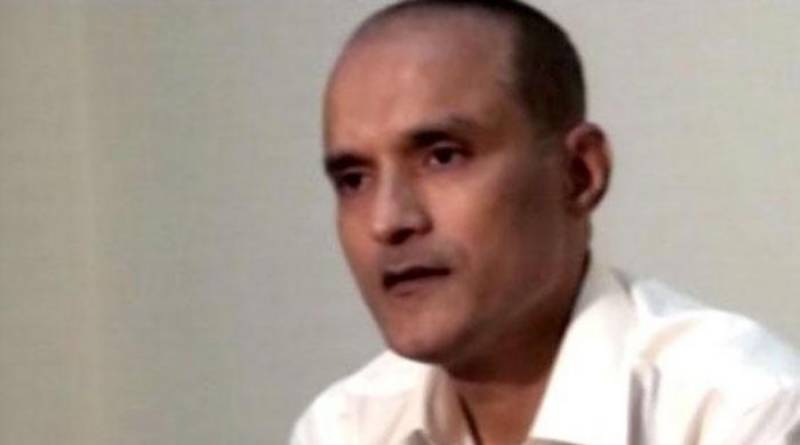 President of the ICJ Judge Ronny Abraham pronounced the order, he noted that the case of Jadhav came under its jurisdiction over Vienna Convention thus refuting Pakistan’s request, challenging its domain.

According to the order read over there, ‘Pakistan must take all measures to ensure that Jadhav is not executed pending the final verdict of International Court of Justice.’

ICJ accepted the the application of India to seek rights for Jadhav under the article 36 paragraph 1 of Vienna convention. Moreover, the court also accepted the request regarding provisional measures.

ICJ had reserved the order on Monday regarding the landmark case that would decide the nature of relations between the nuclear-armed neighbours.

Issue rose last month when India had moved court hurriedly in a bid to rescue Jadhav who was awarded death sentence by a Field General Court Martial (FGCM). The Indian media jumped the gun and claimed that the court stayed the execution however the joy fell on stony ground as soon as ICJ announced receiving an application from the Indian side.

After 1971, India and Pakistan confronted each other in the world court. India has stayed away from the international court and it is only the second time after 18 years that New Delhi has sought the intervention of the judicial arm of the UN against Pakistan.

On the other hand, Pakistan challenged the jurisdiction of the ICJ to hear the Indian application regarding the conviction of spy Kulbhushan Jadhav by Pakistan.

South Asia and SAARC’s Director General Dr Muhammad Faisal told the court that under Vienna Convention the ICJ could not take up this case. Ambassador Moazzam Ahmad Khan, Dr Muhammad Faisal and Syed Faraz Hussain were present at the Peace Palace as members of Pakistan’s legal team.

Dr Faisal further said the Indian spy was sentenced to death after fulfilling all necessary legal procedures and that Jadhav was also provided the services of a counsel to defend allegations against him.

Presenting its arguments before the court, Pakistan maintained that the ICJ did not have jurisdiction to hear the Indian application.

An Indian Navy commander and agent of the RAW, Jadhav, was arrested in a raid near the Pak-Afghan border town of Chaman in March 2016 and was later sentenced to death by a military court followed by a confirmation by army chief Gen Qamar Javed Bajwa.

After Jadhav’s arrest the bilateral dialogue process between Islamabad and New Delhi was suspended.  Jadhav, in a video confession circulated shortly after his arrest, admitted to carrying out subversive activities inside Pakistan for India’s premier intelligence agency. India had sought consular access to Jadhav, however, Pakistan refused its request.

According to Pakistan, India is using covert means to foment violence in the country with an aim to undermine the multibillion dollar ‘One Belt, One Road’ initiative of China. The recent surge in terrorist attacks in the country has once again brought the India intelligence agencies’ role in backing the terrorism in Pakistan to the spotlight.

Pakistan security officials claim that RAW was using certain militant outfits operating out of Afghanistan to carryout terrorist attacks in the country. The current Indian National Security Adviser Ajit Doval is considered to be the architect of this policy called ‘offensive defensive’ that advocates a policy of supporting proxies to create trouble inside Pakistan.