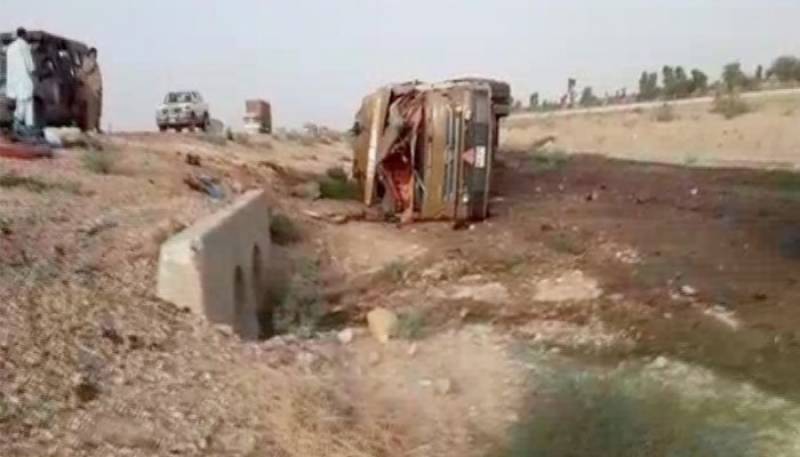 According to details, the truck was travelling from Karachi-Hyderabad to Moro and the driver, who was severely injured, consequently taken to the hospital, allegedly in a drowsy state.

The rescue teams and M9 motorway police reached the crash site immediately and the process to empty out fuel from the oil tanker is underway. Moreover, officials directed a bulldozer to cover spilt oil with sand in order to prevent any unfortunate incidents.

An official mentioned, "We have removed the caps from the oil tanker's taps in order to prevent any gas forming inside."