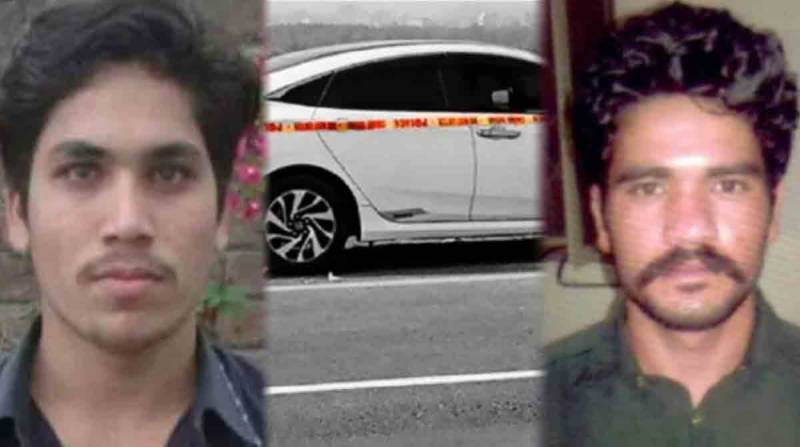 ATC judge Arshad Hussain Bhatt announced the verdict, which was reserved on Thursday at the Camp Jail. Authorities produced both the accused — Abid Malhi and Shafqat Ali — for today’s verdict.

Both the culprits were also given a life imprisonment sentence, and slapped with a fine of Rs50,000 each.

The decision comes six and a half months after the crime took place.

Her children were also with her at the time. The woman called on the helpline but received cold response.

Meanwhile, two suspects smashed the car window, pulled out the woman and her children, and began torturing them.

They then cut a net around the road and took it to nearby bushes, where they raped the woman in front of the children.

A passerby witnessed the incident but he could not come to the aid of the woman out of fear. However, he informed to the police on telephone.

As soon as the phone call was made, Dolphin Force personnel reached the spot but the accused managed to flee the scene.

Police personnel reported the incident to authorities and medical assistance was sought.

When the woman's condition deteriorated, she was admitted to the hospital. According to the police, the victim's medical test proved that she had been raped.