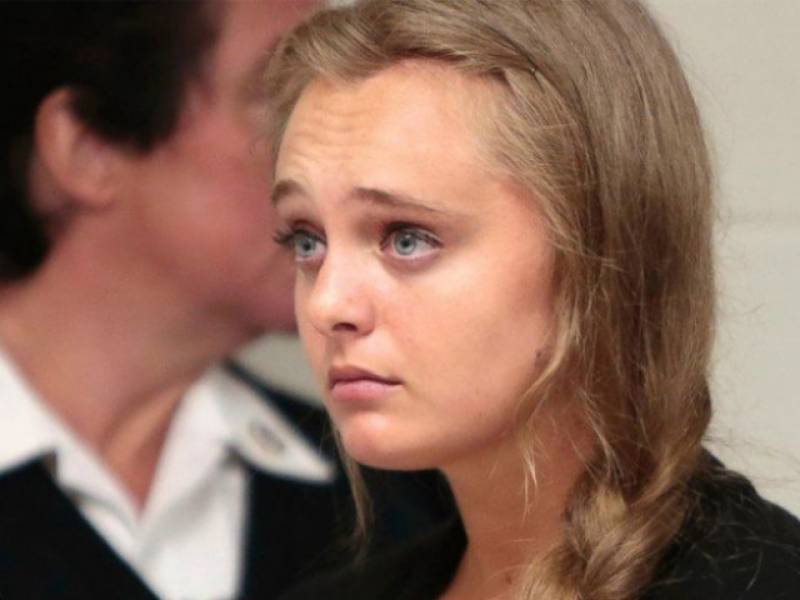 New York (Web Desk): In an American state Massachusetts, an American national girl forced her boyfriend to end his life so that she could become “the grieving girlfriend”, prosecutors have found out.

He further added, she did so to seek attention from her friends as a grieving girlfriend. On July 12, 2014, Roy killed himself when he was forced to do so by Carter. He ended his life by inhaling carbon monoxide in his car. At first, he climbed off the car, scared for his life, but his girlfriend pressured him to go back, the text messages between the two revealed.

Once he was gone, Carter told her friends that she was the reason behind Roy’s death and mourned it.

Carter has been charged with involuntary manslaughter and let go of the right to a jury trial. The judge alone will decide her fate now.

Her lawyers said it was Roy’s own choice to take his life and during those days when Carter was talking to him, she was already mentally unstable and was taking antidepressants.

The two teenagers resided in different towns and used text messages and phone calls to communicate.

On the night Roy killed himself, he was scared but Carter talked him into it and mocked him for not taking the drastic step once and for all.

“All you have to do is turn on the generator and you will be free and happy. People who commit suicide don’t think this much. They just do it. You’d better not be bull****ting me and just pretending. Tonight is the night, it’s now or never,” her text messages read.

However, her defence persisted that it Roy’s death was a case of tragic suicide instead of homicide.

The story is orignaly published by an American internet media company ‘BuzzFeed.’