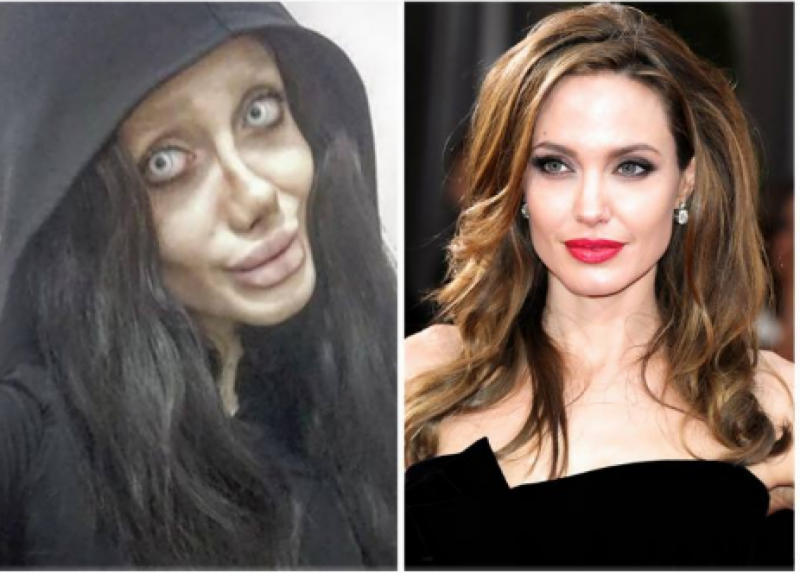 19-year-old Sahar Tabar claims to be Jolie’s biggest fan and states that she would do anything to look and be just like Angie. She even went on a completely strict diet to lose weight and maintain it at 40 kilos. She underwent more than fifty surgeries and completes ‘the look’ with coloured contacts. However, in her passion to imitate the star, Tabar seems to have lost her natural features altogether.

According to close family and friends, she has ‘turned herself into Tim Burton’s Dead Bride’. The Iranian teenager regularly posts pictures of herself on Instagram where she has over 307,000 followers.