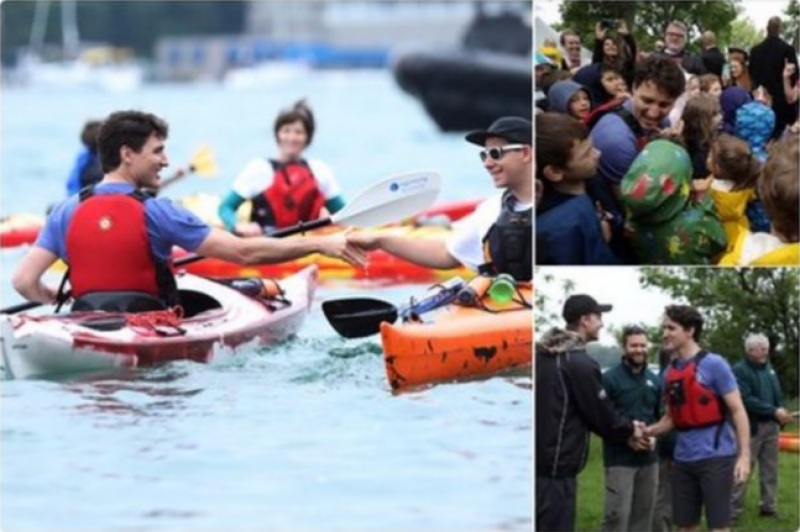 Canada (Web Desk): Recently, Canadian Prime Minister Justin Trudeau showed off his kayaking skills to go around a lake and talk to citizens.

It's not every day Justin Trudeau kayaks up to your house to say hello. But the Robinson family in Ontario were pleasantly surprised when he appeared on their doorstep, paddle in hand. Mr Justin Trudeau had spent part of his day on a kayak in the Niagara River to mark World Environment Day on Monday. Anne Robinson and her family have lived by the river for five years, she captured the moment and even made a cameo in the clip.

Justin Trudeau just kayaked up to my house and talked to my parents? classic pic.twitter.com/gktVekiTMZ

Her daughter Carrie Robinson, 17, tweeted a short video of the encounter, which has been liked and retweeted thousands of times.

According to international media Anne told, "It was certainly a surprise when he turned and kayaked right over to us for a chat, Prime Minister Trudeau is very engaging and easy to talk with. She continued, "We love kayaking on the Niagara River - my son Scott kayaked across Lake Ontario in 2015 for 'Kayak for a Cure Niagara' to raise money for the Canadian Cancer Society."