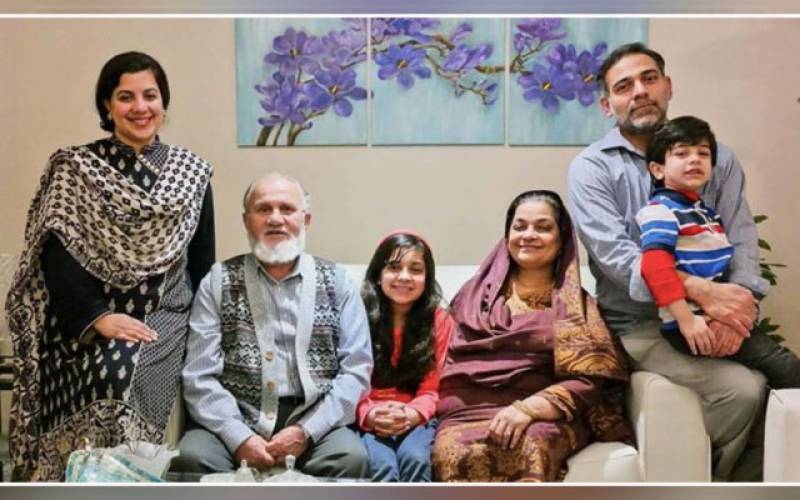 Ontario (Agencies): A driver crashed a pickup truck into a Pakistani-origin family of five, killing four of them while injuring the 9-year-old near London in the south of Canada’s Ontario province.

According to Detective Superintendent Paul Waight, a 20-year-old suspect wearing a vest "like body armor" fled the scene after the attack on Sunday evening, and was arrested at a mall seven kilometers (four miles) from the intersection in London, Ontario where it happened.

The law enforcers in the city revealed that the man intentionally killed the family, including a teenage girl, because of their faith.

The family members were waiting to cross the road when the attacker jumped the curb and slammed the vehicle into them.

As per the details, the victims were two women aged 77 and 44, a 46-year-old man and a 15-year-old girl. The injured boy was seriously injured and is recovering in a medical facility however local authorities did not release the names of the victims.

Reports cited that a woman was pronounced dead at the scene, two adults and two children were taken to a hospital where a teenager and both adults died.

Addressing a news conference, London Police Service Superintendent Paul Waight said that here was evidence that the attack was a planned, premeditated act motivated by hate.

It is believed these victims were targeted because they were Muslim.’ ‘It could be the most people killed at one time in the city's history. The attacker, Nathanial Veltman, was charged with four counts of first-degree murder and one count of attempted murder’, he said.

Meanwhile, Canadian Prime Minister Justin Trudeau took to Twitter where he said that he was horrified by what he described as an act of hatred.

"To the Muslim community in London and to Muslims across the country, know that we stand with you. Islamophobia has no place in any of our communities. This hate is insidious and despicable — and it must stop" PM Trudeau said.

To the Muslim community in London and to Muslims across the country, know that we stand with you. Islamophobia has no place in any of our communities. This hate is insidious and despicable - and it must stop.

In a statement released on Twitter, City’s Mayor Ed Holder said flags would be lowered for three days in London, which he said has 30,000 to 40,000 Muslims among its more than 400,000 residents.

“Let me be clear: This was an act of mass murder, perpetrated against Muslims and rooted in unspeakable hatred”, the statement said.

'This act of unspeakable hatred, this act of Islamaphobia, must be followed by acts of compassion, acts of kindness, acts of empathy, acts of solidarity and, above all else, love’, it added.

"Islamophobia needs to be countered holistically by the international community," he said.

Saddened to learn of the killing of a Muslim Pakistani-origin Canadian family in London, Ontario. This condemnable act of terrorism reveals the growing Islamophobia in Western countries. Islamophonia needs to be countered holistically by the international community.

Foreign Minister Shah Mahmood Qureshi also expressed his concerns over the killing of a Pakistan origin family in Canada.

In a statement on Tuesday, he termed it an act of terrorism and a big tragedy.

FM Qureshi called upon the Canadian premier to play his role to ensure the protection of Muslims in the country.