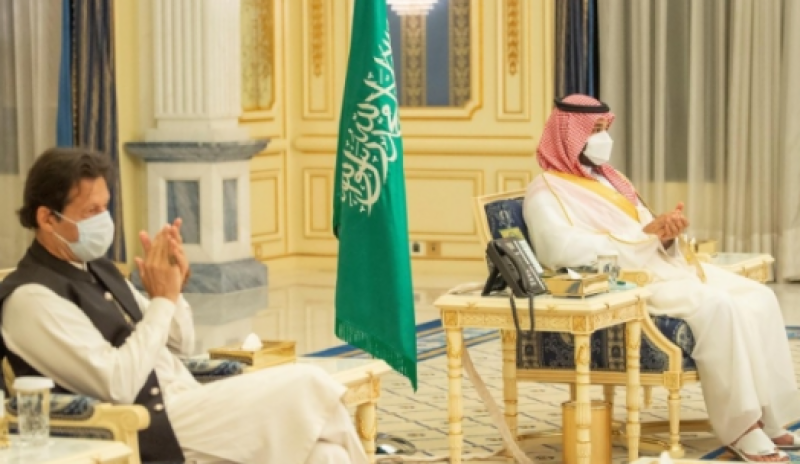 The prime minister, who arrived in Saudi Arabia on a three-day visit, led his delegation in the talks held at the Royal Court in Jeddah, while the crown prince led the Saudi side.

The talks were marked by exceptional cordiality and a commitment to fortify the upward trajectory in the bilateral relationship.

During the meeting, special emphasis was laid on increasing Saudi investments in Pakistan, collaboration in the field of energy, and increased job opportunities for Pakistanis in Saudi Arabia.

The premier reiterated Pakistan’s abiding support for the sovereignty and territorial integrity of the Kingdom, and expressed special reverence accorded to the Land of the two Holy Mosques by the people of Pakistan.

PM Khan appreciated the Crown Prince's recently launched “Green Saudi Arabia and Green Middle East” initiatives and hoped to build upon the synergies between the vision of the Crown Prince and his own initiatives including the “10 Billion Trees Tsunami”.

PM Khan outlined his vision of a peaceful neighbourhood to advance the objectives of national economic development.

Highlighting the situation in Indian Illegally occupied Jammu and Kashmir, the Prime Minister stressed the importance of peaceful resolution of the Jammu and Kashmir dispute. He also highlighted Pakistan’s consistent efforts to support peace and reconciliation in Afghanistan.

The Prime Minister lauded the Crown Prince for the Kingdom’s efforts and initiatives aimed at reinforcing and further promoting regional peace and security.

After the meeting, the Prime Minister and the Crown Prince signed the Agreement on Establishment of the Saudi-Pakistan Supreme Coordination Council (SPSCC).

The two leaders also witnessed signing of a number of bilateral agreements/Memoranda of Understandings (MoUs).

The Prime Minister extended an invitation to Crown Prince to visit Pakistan at the earliest convenience.