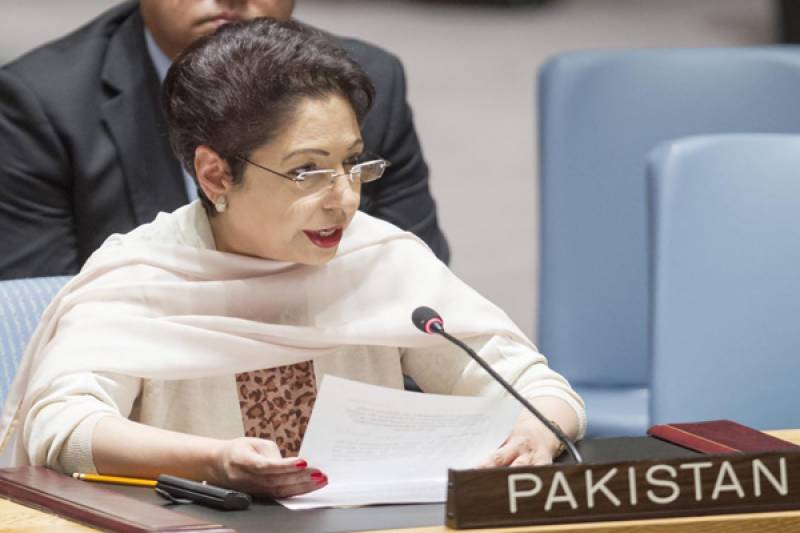 New York (PR): Pakistan has voiced firm opposition to the creation of new permanent seats in any reformed Security Council in the United Nations.

Speaking in the General Assembly on Security Council reform, Pakistan’s Ambassador to the UN, Maleeha Lodhi reiterated Pakistan’s position on representation to the Council, and said that additional permanent seats were contrary to the universally agreed principles of democracy, accountability and transparency.

“After all, permanent membership remains at the core of much that is flawed about the existing Security Council”, she remarked. “It is therefore, counter-intuitive to us that an expansion in the Council could be advocated as a means to address its inherent dysfunctionalities”.

Drawing attention of assembly to the growing and complex challenges to global peace and security, Lodhi said this warrants firm and clear action by the Security Council. An enlarged permanent membership, operating on the basis of the least common denominator, she said, would erode the standing of the Council, not strengthen its role, as some argue.

“An enlarged permanent membership of the Security Council would also compromise its efficiency and effectiveness”, she added.

The envoy criticised the position taken by a handful of countries demanding a permanent seat in the Security Council saying that these states seek a privileged and unequal status for themselves, anchored in power politics, which is in sharp contradiction to the democratic spirit of our times.

“Even more telling, while they remain firmly wedded to their own positions, they ask others to be flexible”, she commented.

Lodhi argued for an expansion in the non-permanent category of membership, based on equitable geographic distribution and a system of fair rotation and said that this solution was both fair and just, and was supported by all member states and groups. “This should serve as a natural point of departure for any reform of the Council”, she added.

Lodhi justified the position taken by the Uniting for Consensus (UfC) group, of which Pakistan is a member, saying that the UfC has calibrated its position to reflect the interests and aspirations of all member states - small, medium-sized and large. “It is time for others to show the same spirit of compromise and flexibility”, she commented.

On the issue of regional representation, she said: “We fully respect the Common African Position, which voices the demand of an entire continent, and see this as inherently different from the demand for permanent seats in pursuit of narrow national ambitions”.

Lodhi concluded by reaffirming Pakistan’s commitment towards a comprehensive reform of the Security Council saying that anything less would be a great disservice to the UN and the inspiring vision that it espouses for our collective humanity.