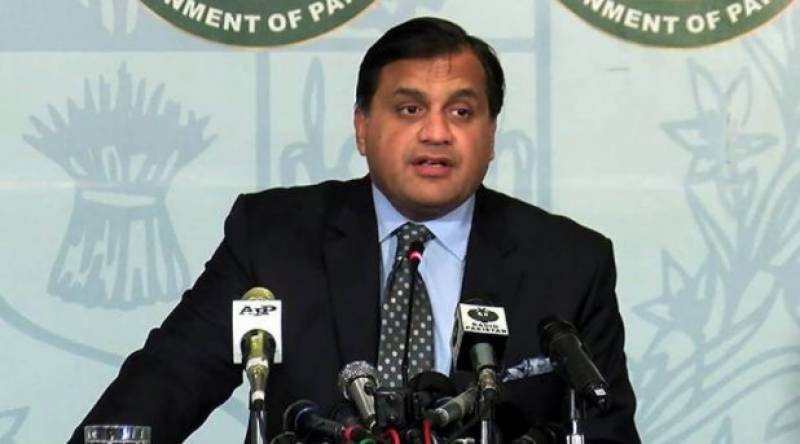 “There is no truth in reports that Asia Bibi has left the country,” Foreign Office spokesperson Dr Muhammad Faisal said during his weekly press briefing.

“She [Asia Bibi] is still in the country,” he added.

The FO spokesperson's statement came in response to reports that Bibi had left the country following her release from a prison in Multan on Wednesday night.

On Wednesday, Minister of State for Interior Shehryar Afridi said that the federal government will not put Asia Bibi's name on the Exit Control List (ECL) until she is proven guilty.

During an interview with the Voice of America, Afridi said the government will uphold the Supreme Court’s verdict acquitting Bibi.

Speaking about the agreement which stated that “due process will be followed immediately to include the name of Asia Bibi in the ECL”, Afridi said, “The government will uphold whatever the Supreme Court decides.”

“If someone cannot be proven guilty then how can we place their name on ECL? There can be no question about that,” the minister of state for interior upheld.

“Among the protesters there was a group of people who were damaging property for their own personal gains and agenda,” he added.

The minister of state for interior said the Tehreek-e-Labbaik Pakistan (TLP) leaders, who the government signed an agreement with to end the demonstrations, refused that the miscreants were party members. “When we informed the TLP leaders of the miscreants and showed them footage, they refused to accept that those rioters belonged to the party,” he added.

Regarding the arrests of rioters, Afridi said, “Those arrested will be treated in a legal manner. I assure you there will no compromise on the supremacy of law.”

“It is Prime Minister Imran Khan and other officials’ clear stance that there will be no compromise if anyone breaks or challenges the law,” he asserted.

Earlier, PM Khan had directed the Usman Buzdar-led Punjab government to prepare a compensation package for the loss of property and valuables incurred during the protests staged by TLP.

The directives come a day after the Interior Ministry briefed the premier on the demonstrations led by the religious group – against the acquittal of Asia Bibi – and the progress on the crackdown against miscreants.

According to the interior ministry, approximately 1,800 people have been arrested for arson, vandalism and torture of ordinary citizens and law enforcement agencies officials during the three-day long protests that had chocked routine life across Pakistan.