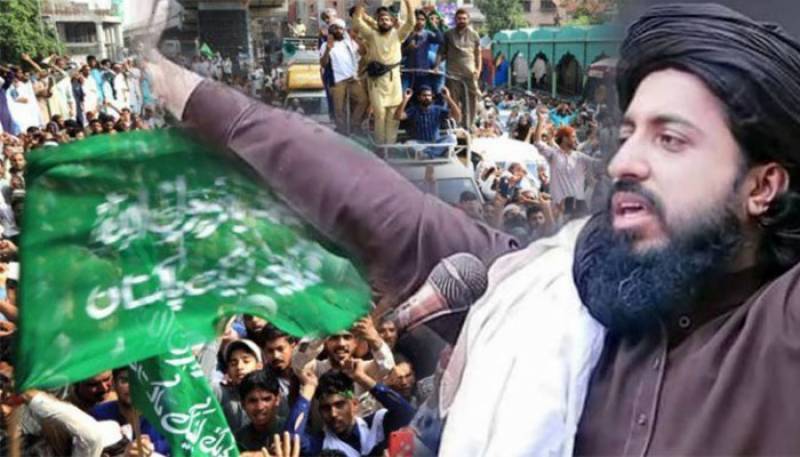 Islamabad (Web Desk): The government has removed the name of Tehreek-e-Labbaik Pakistan (TLP) from the list of proscribed organisations.

The ministry of interior issued a notification in this regard on Sunday.

“In exercise of the powers conferred under sub-section (I) of Section 11U of the Anti-Terrorism Act, 1997 (as amended), the federal government is pleased to remove the name of the Tehreek-i-Labbaik Pakistan from the First Schedule of the said Act as proscribed organisation for the purpose of the said Act,” reads the notification.

According to the interior ministry, the notification has been issued at Punjab government’s request.

The federal interior ministry had received the summary forwarded by the Punjab government regarding removal of TLP’s proscribed status.

On November 4, Chief Minister Punjab Usman Buzdar granted the initial approval to the summary sent to him by the Punjab home department for the revocation of the TLP's proscribed status.

After granting preliminary approval to the summary, the chief minister sent it to the Federal Cabinet to take a final decision regarding the matter through circulation.

The government had banned the TLP in April 2021 for creating unrest in the country through a series of violent clashes with the police.

On Saturday, An anti-terrorism court (ATC) in Lahore granted bail to several leaders of the TLP.

The court directed all the TLP leaders to submit bail bonds of Rs100,000 each.

Cases were registered against the TLP leaders at different police stations in Lahore under sections related to terrorism, following the latest round of violence in the provincial capital last month in which at least three policemen were killed and several others injured.

The bails followed the release of at least 2,000 TLP supporters detained by the Punjab police under the Maintenance of Public Order (MPO) ordinance.

The development came after a secret agreement between the government and TLP following a protest by the banned outfit.

The PTI government had banned the religio-political party after its protests turned violent earlier in April, designated it a terrorist group, and arrested its chief Saad Rizvi.

In compliance with a secret accord, the government in the country’s most populous province had decided to remove the names of around a hundred activists of the proscribed party from the Fourth Schedule.

The decision was taken during a meeting chaired by Punjab Law Minister in the provincial capital. Officials also decided to release TLP activists from different jails.

The meeting also decided to release 100 more activists of the proscribed organisation from different jails in the province.

It reviewed the decisions taken by the steering committee formed to deal with all TLP-related matters.