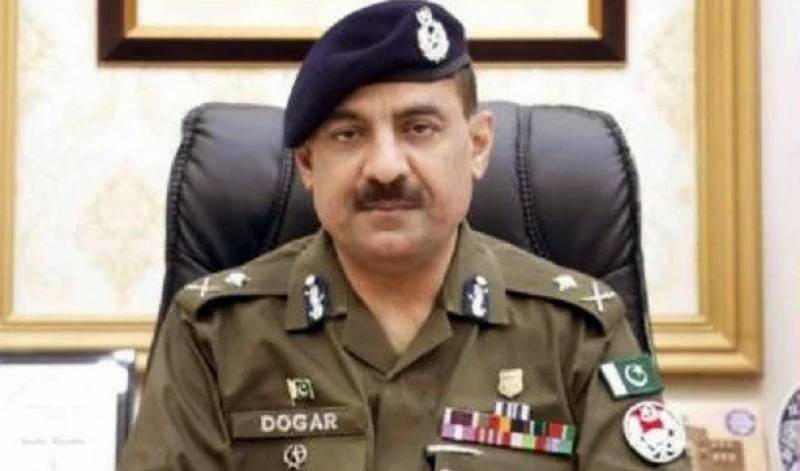 Lahore (Web Desk): The Lahore High Court (LHC) on Tuesday rejected a petition against the suspension of Capital City Police Officer (CCPO) Ghulam Mahmood Dogar as the plea was inadmissible.

According to details, Justice Muzammil Akhtar of the LHC heard the petition.

At the outset of the hearing, the petitioner’s lawyer argued that the CCPO was targeted for legal action taken against a federal minister.

Dogar's lawyer maintained that protection of the rights of a civil servant is essential in the matter of two governments.

Justice Muzamil Akhtar Shabir questioned whether the LHC has the right to look into suspension order.

At this, the CCPO's lawyer told the judge that the court can review the case.

In his counter arguments, the counsel for the federal government said that the CCPO was asked to report within three days, which was not implemented.

"Is there a reason written in the suspension order," asked the petitioner’s lawyer.

Justice Shabbir then intervened and observed that the court’s objection was how the high court had the authority to hear the case.

He then added that the case was outside the court’s purview and disposed the case as the plea was inadmissible.

Later, the court dismissed the petition against the suspension order of Lahore CCPO.

On Monday, Lahore CCPO Ghulam Mahmood Dogar moved the LHC against his suspension notification issued by the federal government.

The CCPO, in his petition, stated that this arbitrary exercise of powers by the federal government is a direct intervention in provincial autonomy adding that neither was a show cause notice issued to him nor was any reason disclosed ahead of his suspension.

He requested the court that two notifications issued on November 5, 2022 (wherein he has been suspended) and the earlier issued on September 20, 2022 (whereby he had been transferred and directed to report to the Establishment Division be declared illegal and unlawful.

Dogar further prayed to the court that a letter issued on October 27, 2022, also be declared arbitrary, illegal, and unlawful whereby the petitioner was required to relinquish the charge and report to the Establishment Division within 3 days.

On November 5, the Establishment Division issued a notification, stating Additional IG Ghulam Mehmood Dogar (BPS-21) had been placed under suspension for not ensuring the security of the Governor House during a protest by the PTI workers.

Last month, the Establishment Division issued the CCPO’s transfer, reportedly after the federal government expressed its displeasure over the registration of an FIR under blasphemy charges at Green Town police station against a federal minister and some Pakistan Muslim League-Nawaz (PML-N) leaders.