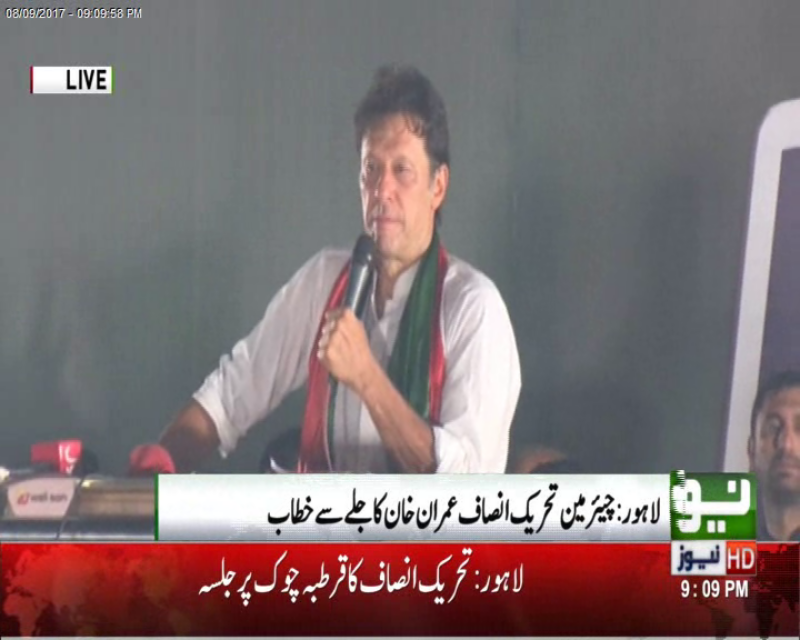 While addressing a rally in Lahore’s Qurtaba Chowk ahead of NA-120 by-poll in Lahore on Friday, PTI chief said that September 17’s victory will empower Supreme Court.

Earlier, district administration said they would not give permission to block a main road of the city for an entire day, adding that they will give their full cooperation if the party decides to hold their gathering at any other venue.

Despite the disapproval of district government the party decided to hold the rally at Qurtaba Chowk, Jail Road.

On Thursday, the deputy commissioner (DC) recommended the party leaders to hold their political gathering at an alternative venue than Jail Road.