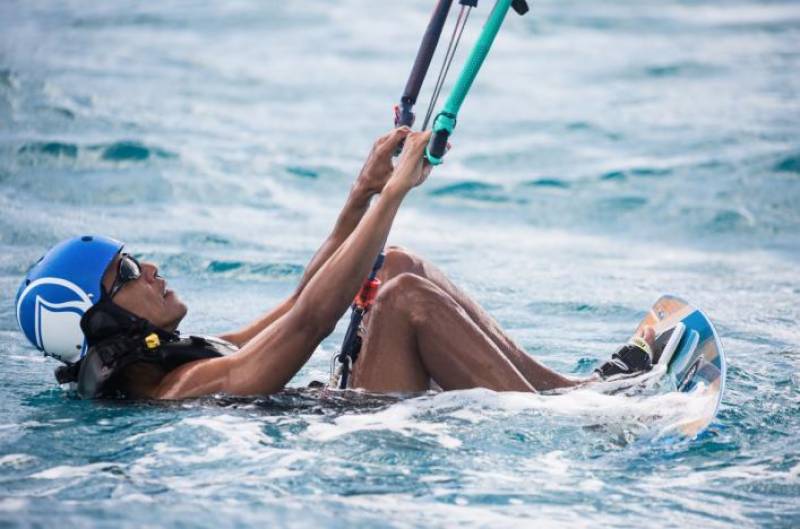 Washington (Reuters): Former president of America Barack Obama is trying some new and dangerous water sports nowadays, that the Hawaii native had to miss out on for safety reasons while serving in the White House.

Obama, whose eight years as president ended last month, learned to kiteboard while vacationing last week on a Caribbean island owned by British billionaire and adventurer Sir Richard Branson, who published an account of their trip.

Photographs and video on the website of Branson's Virgin Group show the former president, a life-long surfer, figuring out the increasingly popular sport in which people ride a board while being pulled behind a kite. Kiteboarding was chosen in 2012 as a sport for the 2016 Olympic Games in Rio de Janeiro, replacing windsurfing. The decision was criticized at the time because the sport can be lethal, and it was reversed within months.

According to Branson, Obama studied the pastime for two days and flew a kite from the beach, "as if going back to being a child again," before heading out into the waves.

Branson was trying to learn a similar sport, foilboarding, which uses a modified board that rises a few feet above the water. He wrote that he challenged the ex-president over which of them would succeed first.

"After all he has done for the world, I couldn't begrudge him his well-deserved win," Branson wrote.