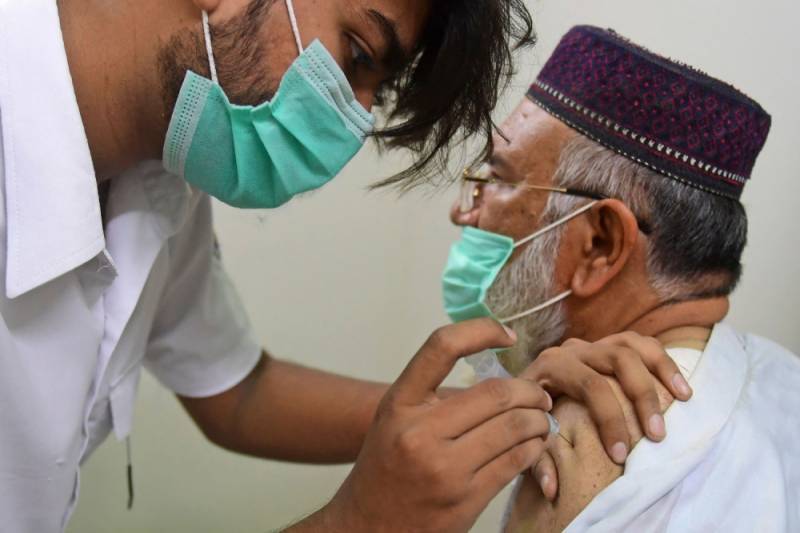 Islamabad (Web Desk): The National Command and Operation Centre (NCOC) on Friday warned of 'extremely dangerous' Delta variant and stressed on the vaccination of workers by July 31.

In a statement, the forum said that Delta variant cases have emerged in Pakistan and there is a possibility that these would lead to a fourth COVID-19 wave.

The NCOC said the “dangerous” Delta variant had not only caused thousands of deaths in India but also left people suffering helplessly due to a lack of oxygen in hospitals.

The forum emphasised on strict implementation of the current standard operating procedures (SOPs) from July 9 to July 18 in an effort to stem the spread of the virus, saying “if effective measures are not taken to contain Delta variant of the Covid-19, its consequences could be disastrous.”

The NCOC has made it mandatory for students over the age of 18 to be vaccinated by August 31, while domestic air travel without a vaccination certificate will be banned from August 1.

Earlier in the day, Federal Minister for Planning, Development and Special Initiatives Asad Umar, who also heads the NCOC, said that there are clear signs of a fourth wave of COVID-19 starting in Pakistan.

"Two weeks ago, I had tweeted that our artificial intelligence models are showing the possible emergence of a fourth wave. Now there are clear early signs of a fourth wave starting," the minister said in a message on Twitter.

Asad Umar blamed poor compliance with coronavirus-related SOPs and spread of virus variants, particularly Delta variant that was first detected in India, for the looming fourth wave of COVID-19.

Asad Umar, in another tweet, said that field reports were showing a complete disregard of the condition of vaccination for those attending indoor weddings, and going to indoor restaurants and gyms.

"If the owners of these facilities do not show responsibility and ensure compliance, there will be no choice but to shut them down," he added.

The warning from the NCOC chief came after the country reported a positivity rate over 3% for three consecutive days.

On Thursday, Prime Minister Imran Khan appealed the nation to strictly follow the SOPs to prevent fourth wave of COVID-19.

He said the Indian COVID variant is currently the biggest issue for the entire world, including Pakistan.

The prime minister urged the general public to adhere to the preventative measures on the occasion of Eid ul Adha to stay safe. He also called upon people to get vaccinated at the earliest.

On the other hand, government's COVID-19 portal shows that the number of daily cases dropped from four digits to three digits on June 25.

As per the data, the daily cases being reported remained close to the 900 mark till June 27 and further fell to 735 on June 28.

The number of cases gradually started increasing and doubled in just one week. The positivity rate, which stood at less than 2% in June, crossed 3% after a gap of 20 days.

On July 7, the NCOC also confirmed presence of different variants of coronavirus, including the Delta (Indian), Beta (South African) and Alpha (UK) variants, in Pakistan and detection of their cases in May and June.