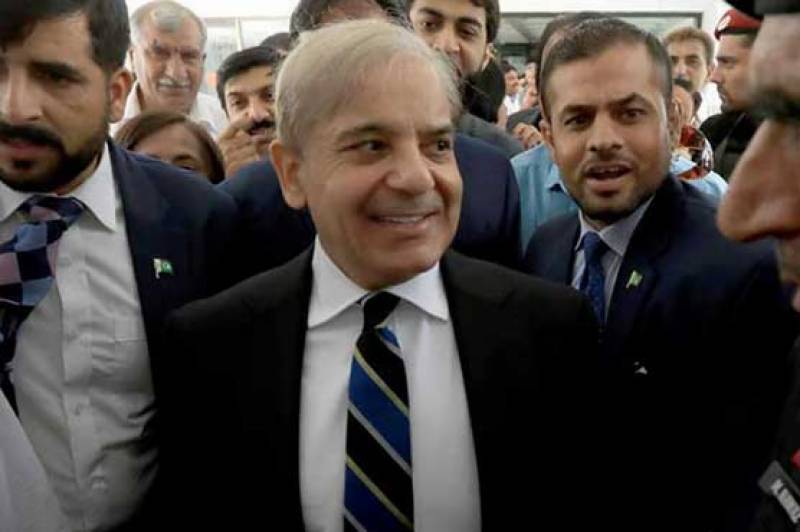 Shehbaz on board PIA flight PK-758 landed at the Allama Iqbal International Airport amid strict security arrangements and a large gathering of PML-N workers.

President PML-N Muhammad Shehbaz Sharif being warmly greeted by party workers and the people of Lahore as he returned from London a short while ago: pic.twitter.com/1Xtw1C0u3q

Sharif had announced a "quick visit" to London on April 9 after his name was removed from the no-fly list on Lahore High Court orders.

Shehbaz was arrested in the Ashiana Housing case on October 5, 2018, and released on bail in February by the Lahore High Court. Sharif’s name was also removed from the exit control list.

The PML-N president left for London in April to visit his grandchildren and to undergo a medical check-up, following which doctors advised him not to travel. Shahbaz was released on post-arrest bail in the housing scheme case.