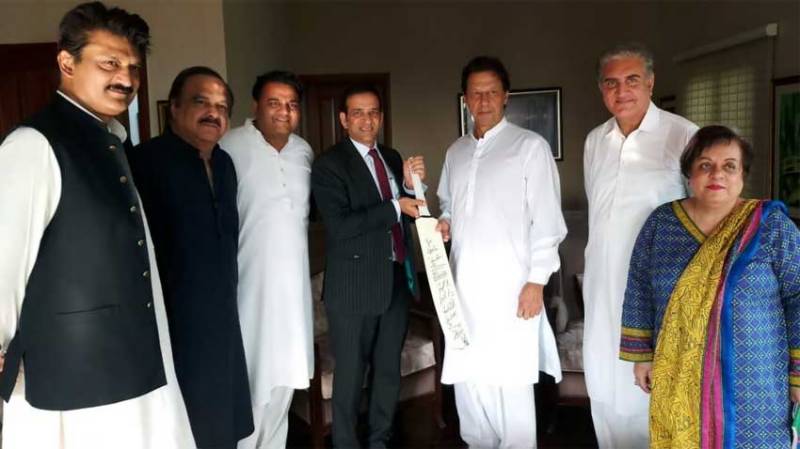 Matters of mutual interest, including evolving a joint strategy to improve bilateral ties, were discussed during the meeting attended by PTI leaders including Shireen Mazari, Fawad Chaudhry, Shah Mehmood Qureshi and Naeemul Haque.

It is pertinent to mention that Indian Prime Minister Narendra Modi telephoned Imran Khan on July 30 and felicitated the PTI chief on his election victory.

“We are ready to enter a new era of relations with Pakistan,” Modi was quoted as saying by the PTI press release. “Prime Minister expressed hope that democracy will take deeper roots in Pakistan”, the statement further said.

The PTI statement added that Khan thanked the Indian prime minister for his good wishes. “The solution to conflicts should be found through dialogue,” he was quoted as telling Modi.

Imran Khan’s Pakistan Tehreek-e-Insaf (PTI) has emerged as the majority party in the National Assembly of Pakistan by securing 115 out of total 342 seats in the general elections on July 25.

PTI has claimed that it bags the required number of seats to form the government in centre and Punjab.

Spokesperson of PTI, Fawad Chaudhry on Thursday claimed that his party secures more than 180 seats in the National Assembly following the successful talks with coalition parties.