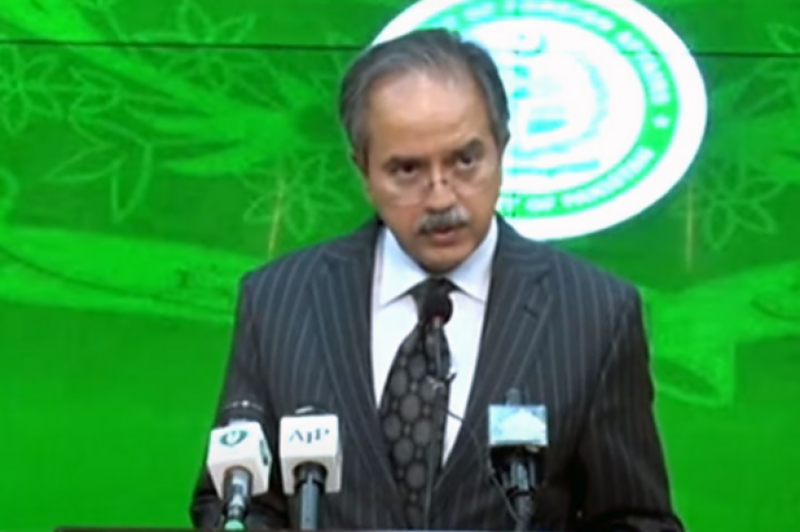 Islamabad (Web Desk): Pakistan on Thursday categorically rejected the unwarranted and preposterous comments made by the spokesperson of the Indian Ministry of External Affairs (MEA) on the Pakistan-China Joint Statement.

The joint statement was issued as PM Imran concluded his visit after meeting President Xi Jinping on February 6.

In a statement, Foreign Office Spokesperson Asim Iftikhar said that Pakistan also strongly rejects India’s persistent propaganda against the China-Pakistan Economic Corridor (CPEC), adding that Pakistan has shared irrefutable evidence of India’s sinister campaign to sabotage CPEC through its dossiers released in 2020 and 2021.

“There is strong evidence of Indian involvement in recent sinister attempts to stir up unrest in Balochistan by supporting anti-state elements,” the FO statement said, adding that Indian Naval Commander Kulbhushan Jadhav is a “living and irrefutable proof” of how India has been seeking to sponsor and patronize subversive activities in Pakistan and the region.

The FO statement said that Indian Illegally Occupied Jammu and Kashmir never was and never will be India's "integral part".

Asim Iftikhar said that India is an occupation force in IIOJK in clear violation of the relevant United Nations Security Council (UNSC) resolutions and its illegal and unilateral actions of 5 August 2019 to change the internationally recognised disputed status of the valley and to alter its demographic structure, have been rejected by the Kashmiris, by Pakistan, and by the international community.

The spokesperson said that that Pakistan will continue to extend all possible support to Kashmiris in their just struggle against India’s illegal occupation.

"Rather than resorting to false and misleading assertions without success, India must vacate its illegal occupation of the disputed territory, immediately reverse its illegal and unilateral actions of August 5, 2019 and let Kashmiris exercise their inalienable right to self-determination through a free and impartial plebiscite under the auspices of the United Nations as enshrined in the relevant UNSC resolutions," the FO statement said.