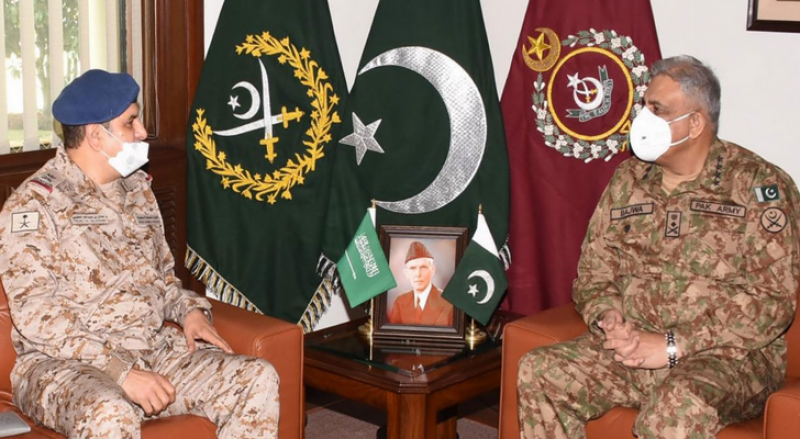 According to a statement issued by the Inter-Services Public Relations (ISPR), the army chief said this during a meeting with Military Advisor to Minister of Defence, Kingdom of Saudi Arabia Major General Talal Abdullah Al-Otaibi at the General Headquarters (GHQ) in Rawalpindi.

During the meeting, matters of mutual interest, regional security, current situation in Afghanistan and bilateral defence relations between the two countries were discussed.

COAS General Bajwa said that Pakistan values its historical and brotherly relations with the Kingdom and acknowledges its unique place in the Islamic world.

The army chief underscored the importance of peace and reconciliation initiatives in Afghanistan.

The visiting dignitary acknowledged the professionalism of Pakistan armed forces and vowed to enhance cooperation in various fields.