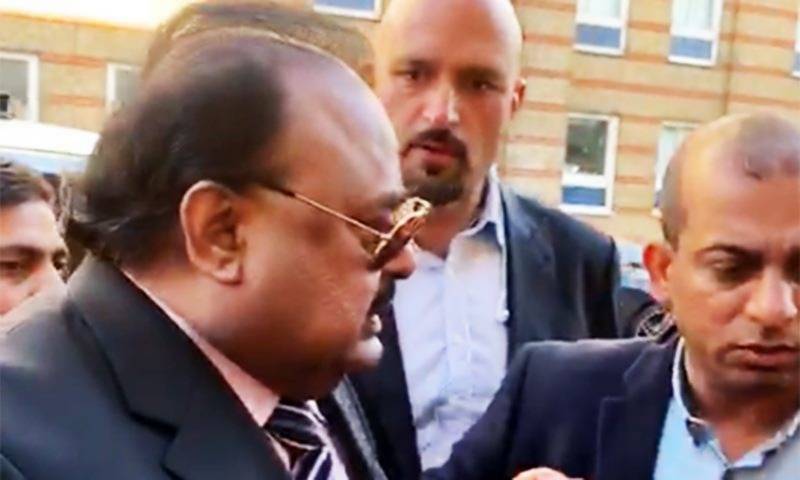 Earlier the day, MQM founder Altaf Hussain appeared at a UK police station after his bail expired in a probe related to his alleged hate speeches relayed from the United Kingdom to his followers in Pakistan.

This is the third time that the MQM leader appeared at the police station to face police grilling in connection with the case.

On September 12, the MQM chief was grilled for five hours at the same police station in connection with the case. He was released with an extension in his bail.

The MQM founder was arrested by the Met Police on June 11 as part of the investigation into his alleged hate speeches. However, he was released on bail a day later by the British authorities without filing charges relating to the probe.